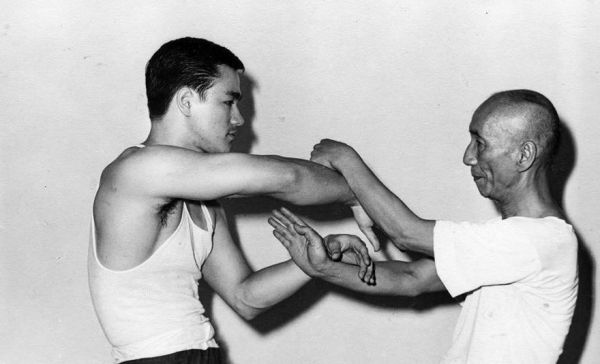 Absorb What is Useful

It has almost become a cliche hasn't it? Bruce Lee's ethos of Jeet Kune Do (that is what Lee called his collective system of fighting). "Absorb What Is Useful".

Sadly it has become an excuse for superficial dabbling and scanning rather than learning. After all...absorbing something only takes like what...fifteen minutes?

Contrast that with the man the phrase is credited to.

Lee did not give birth to himself as a martial arts icon, nor an actor. He studied a great deal. His main system - Wing Chun was a beginning, but Bruce did not dabble in that once a week. He immersed himself in it for years - longer than most casual western students would. It was the same for western fencing and bodybuilding and all the other aspects of building a combatant's body and mind that Lee studied.

Contrast that with the superficial student, dabbling in something on a temporary basis, or worse, relying on a Youtube clip for his training...and then exclaiming with a Lee-esque swagger that he has "absorbed" what was useful.

Sorry kids...a superficial scanning of any discipline will never yield anything useful, nor anything you could possibly absorb. In order to determine utility one must have a degree of education in the topic. And that education is not obtained by studying with an already formed opinion. To the contrary. In the west we say train with an open mind. In the east they would say begin training with an "empty cup".

The idea is the same. You must be a student before you can be a master. And only the opinion of a master is worth listening to. Without mastery, nobody cares what your opinion is because even though they may have told you differently at snowflake school, an uneducated and inexperienced opinion is totally worthless.

So unless you have studied as deeply and intently as Lee, whatever it is you wish to absorb, shut the mouth - open the eyes - and listen.