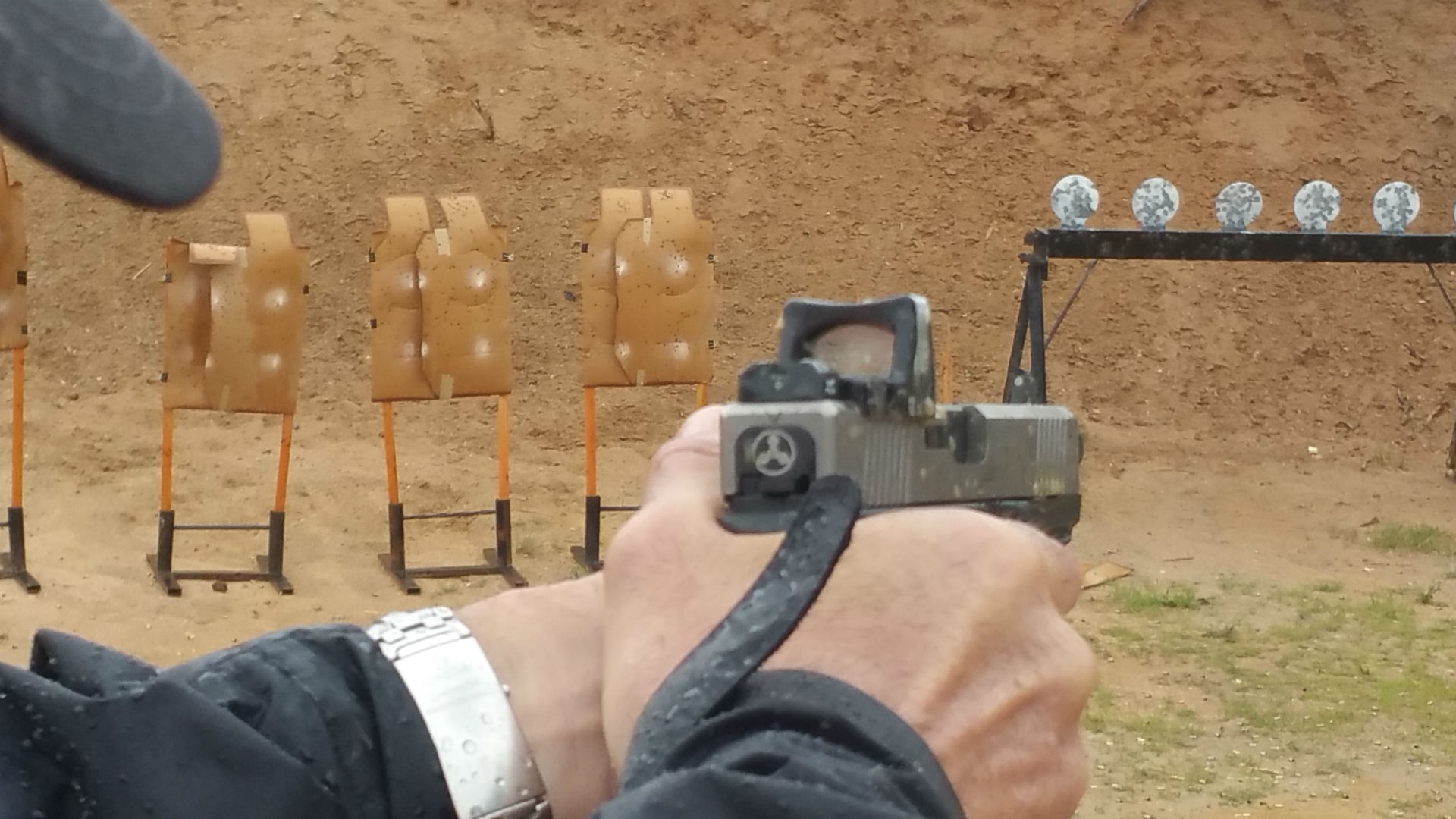 Attack the Active Shooter - But Smartly!

The call came in over the radio. It was the sort of call that terrifies some officers, and the sort of call that others rush to headlong. The young officer was one of the latter. He was what some would call a "hard charger". Sometimes he charged before thinking things through, but this call promoted that sort of thinking.

I can feel my own pulse quicken as I write this...my own blood race through my veins remembering the adrenaline of the hunt. And it was like that with the officer in our story as he pictured the layout of the coffee shop he'd visited many times.

The young officer arrived on scene and correctly entered the building hunting for the bad guy. He didn't wait outside for others to show up. But he did not find the balance between aggression and retreat. He rushed into the room and saw one man that fit the description. He charged immediately and shot the man, but his enthusiastic yet uncontrolled shots also hit two innocents. And as he closed in on the downed shooter he noticed movement - and turned to face the man that killed him...the accomplice...the second shooter.

The story didn't really happen. It was a training evolution at a class we conducted for a High-Risk LE group a year ago. What followed was both shocking and instructive, and I feel that now with the events of Parkland, they must be discussed for the benefit of victims, and officers and happenstance good guys.

1). We told the young officer that his aggression was great, but that some greater care in executing would have resulted in him better identifying the shooter as well as the second shooter...and subsequently in his own life being saved. The reply was anger that his tactics were being criticized as anything less than correct, and that sentiment was parroted by two of his companions, of similar experience and rank.

And it went on. I could imagine that is what the training officers at the Academy drilled into them. And I waited for the emotion to run its course. Then I leaned over to an older officer, one with two decades on SWAT and with so many bad guys notched into his record that truly he should have been teaching the class and asked him in front of the class, "Dave, is this what they are teaching your guys at the academy?" He replied that it was definitely not, but that such a perspective was the antithesis of the "Wait Outside - Set up Perimeter" attitude. And the police world lives in the black or the white, while life is really a grey area.

Then it was his turn.

I set up slightly different scenario as he waited outside. Then I told him this, "Ok ...shots fired inside...all we know is the bad guy is wearing a red shirt". Ready - GO!

The man walked briskly into the room - not running but not strolling. Walking with purpose and malice. His pistol pointed in his line of sight. As he moved into the room he paused and scanned...there he saw the first man with the pistol as he shot a woman running away. His pistol came up and the UTM paint round impacted perfectly in what would have been the shooter's ear canal. He kept moving never breaking stride but moving only as fast as he could process information. There were no shouts of "police" nor calls for compliance as he moved unannounced like a hawk looking for another baby bunny.

Then he saw the second shooter...a woman, and shot her in the back of the head from three feet away without so much as a "How do you do".

"Dave, what was your mission in this event?"

"That is easy Gabe...my mission is to kill the bad guys, but also not to get killed, if I got killed I couldn't do anything. But primarily its my job to hunt down and kill the shooter".

But in the real world we ned the hunter-killer officer (or happenstance good guy) moving in calmly, knowing that it is not his job to die, nor to save anyone. It is his job to find and kill the shooter and to do so without he himself being killed.

So be aggressive but use your head. Be the hunter-killer, not the coward nor the suicidal good guy.