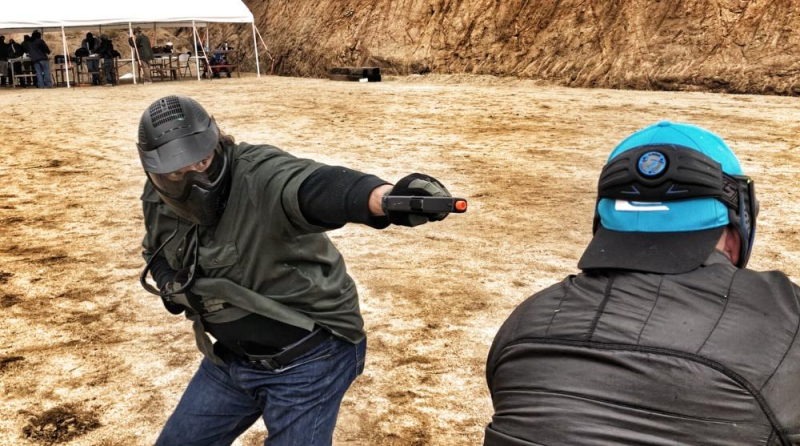 Be Careful What You Program

Western students are often impatient and excessively skeptical. It is as if everyone since birth has been trying to fool them about something and if they do not get some sort of instant gratification, they dismiss anything that was said. The attitude seems to be a constant search for short cuts and anyone not validating that point of perspective is seem as a liar or charlatan. But few things in life can be attained via shortcuts and few things offer long term gratification without any effort.

At the training social during the recent force on force class I was approached by several students commenting on how smoothly Brent and I moved through the drills. I humbly thanked them on both our behalf for the compliment, and pointed out that both of us have been training martial disciplines since childhood. None of this happened overnight by sheer will and hope. It is that "time spent" - the "work done" where the magic begins.

There are all manner of new coined words and ideas that are merely the restating of age old concepts used to train fighters and killers since the Viking Age. When you execute your draw 500 times a day for 100 days, you are developing and reinforcing neural and muscular pathways to facilitate that movement, and developing muscle memory as well as the ability to perform that action without direct mental involvement.

Physical methods must be learned, practiced, and preserved in a physical medium. Think of the difference between me showing you a video of a draw and you watching it 500 times while sitting on your couch compared to me showing you how to draw and you physically memorizing it and executing it the right way 500 times.

Physical memorization of the correct execution leads to the ability to instantly perform that action with the need for direct thought. This is the mindlessness (or Mushin) that I have written about so much. It doesn't happen automatically, it is the direct result of contextual training and repetition work.

But this is where I will tell you that not all training is good training. Nor are all techniques equally good. Unless a technique takes into consideration the realities of the street, the factors of surprise and adrenaline, and the state of unreadiness at the start of the fight, that technique or method should not be taken seriously. A technique or method that is wonderful on the sporting field, may have no value in combat and actually be detrimental to your success, not to mention your survival.

And developing muscle memory for a flawed method is just as bad as not having trained anything at all.

Think of the trainee working for an arm-bar on his back on a sidewalk (because it wins so many grappling competitions) as his adversary reaches for a knife and stabs him in the scrotum. Or the trainee that throws a head kick (because face punches are not allowed in his sport) and falls on that same sidewalk, just in time for a five man boot party. Or of course, the shooter that uses no tactics and has no consideration of his enemy's incoming rounds because he never does when sport shooting.

If your objective is sports, don't bother with me or what I write because its not going to help you. But if your focus is being a better fighter, I will tell you to validate and verify what you are training for yourself so that you program the correct and beneficial responses.