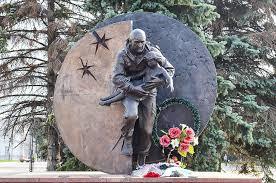 Beslan - Lest We Forget

On September 1, 2004, armed Chechen rebels took approximately 1,200 children and adults hostage at a school in Beslan, North Ossetia, Russia, at approximately 9 a.m. local time. The siege ended on September 3, 2004, with more than 330 killed, including 186 children, and more than 700 people wounded.

Let us not forget that the ideology that planned and executed such an event - the same one that flew airplanes into occupied buildings in the USA, and ran down children with a truck in France, is still alive and thriving and that elements inside the USA itself are giving succor and relief to them.

So today we remember the victims, we remember the evil and cruelty of the terrorists, and the courage shown by Spetsnaz as they undertook the sisyphean task of rescuing them.

Our enemies are still out there, and they still hate us. We still live in a time of war.

To learn more about Beslan and what happened there, to know the nature and cruelty of the enemy, read John Giduck's book TERROR AT BESLAN. Unless you are a Jihadist yourself, it will make your blood boil.