CAN YOU AFFORD THE TIME TO HANDCUFF HIM? 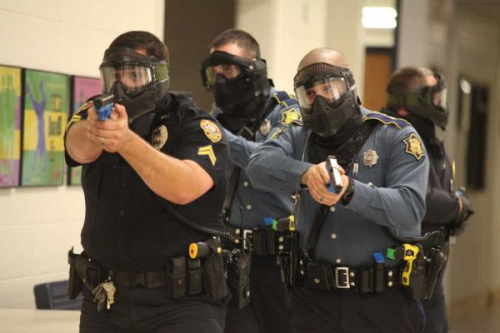 Last year I conducted training for a large group of Counter Terror Officers for a Southern AZ agency. I was given some intell on what they were facing. Specifically it was a very Ataturk, Brussels type event where terrorists would be armed with small armes and kill as many victims as possible before using TBIED (Terrorist Borne IEDs). And so I worked up the material based on one thing - the best way to accomplish the mission without concerns for political correctness or the fear of the "Ferguson Effect".

That mission being to quickly identify and eliminate (not attempt to arrest) the terrorists as soon as possible. The concept was that the less "killing time" the terrorist has, the less killing they get to do. And keeping with the delay in response times, an officer - or officers present must seek, contact, eliminate and move on to the next terrorist in a quick and efficient manner. One officer taking too long with one terrorist gives the other terrorists more "killing time".

The results were that about 1/3 of the group has totally aghast at my ideas and all but called the brass to have me tarred and feathered for suggesting that indigenous law enforcement should be so aggressive and act like soldiers. These were also, coincidentally, the guys that did the most poorly on drills. About 1/3 liked the ideas, thought it would keep them safer and help them do their jobs better, but sadly lacked the skills to carry it out. And the last third ate up the material, were true examples of a capable operator and a capable mind...and a few weeks later, put the material to use successfully against an attempted bomber.

But I was still taken aback at the first third. It was as if they had not been paying attention to the changing world around them...or to what the future was inevitably bringing. As we used to say back in the "blue wool days". One hundred years of tradition unhampered by progress. I shrugged and accepted that I had reached 2/3 of the group.

Then last week I was happy to get this - an AAR of a police in-house in service training from an agency in Southern AZ. Keep in mind that these are the rules of engagement for a police agency, for response to active shooter events. 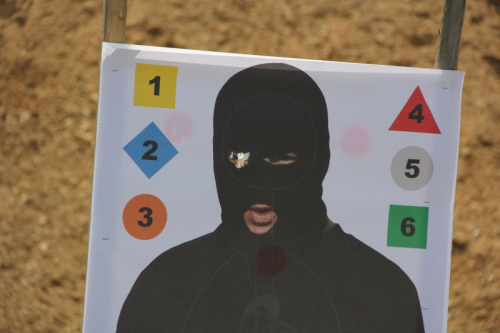 (2) Insurance shots were explicitly called for and

(3) in a multiple opponent drill, taking no prisoners was held as a valid approach to the problem.

(1) they want the hits anywhere on meat, but if a head shot appears, do it. The training venue had the initial distances approx 50 yards, so practicalities were addressed as well

(2) Role player doing the Aloha Snackbar thing with a cell phone and a pipe bomb. Your article on Turkey was exactly on point with the instruction to put a contact shot or two in his head as you passed his body. We are accepting reality as there was no shyness about using Muslims as the bad guys in one of the scenarios.

(3) Dispatched to two shooters, you have the opportunity to capture the second.

Officers that did were advised on how often the broadcast is wrong and the need to seek out the unknown third or fourth guy.

"Can you really afford time and distraction to handcuff him?"

Another anti-terrorist operation in Turkey's Istanbul

An Analysis of the Charlie Hebdo Murders
Next Newest
Next Oldest