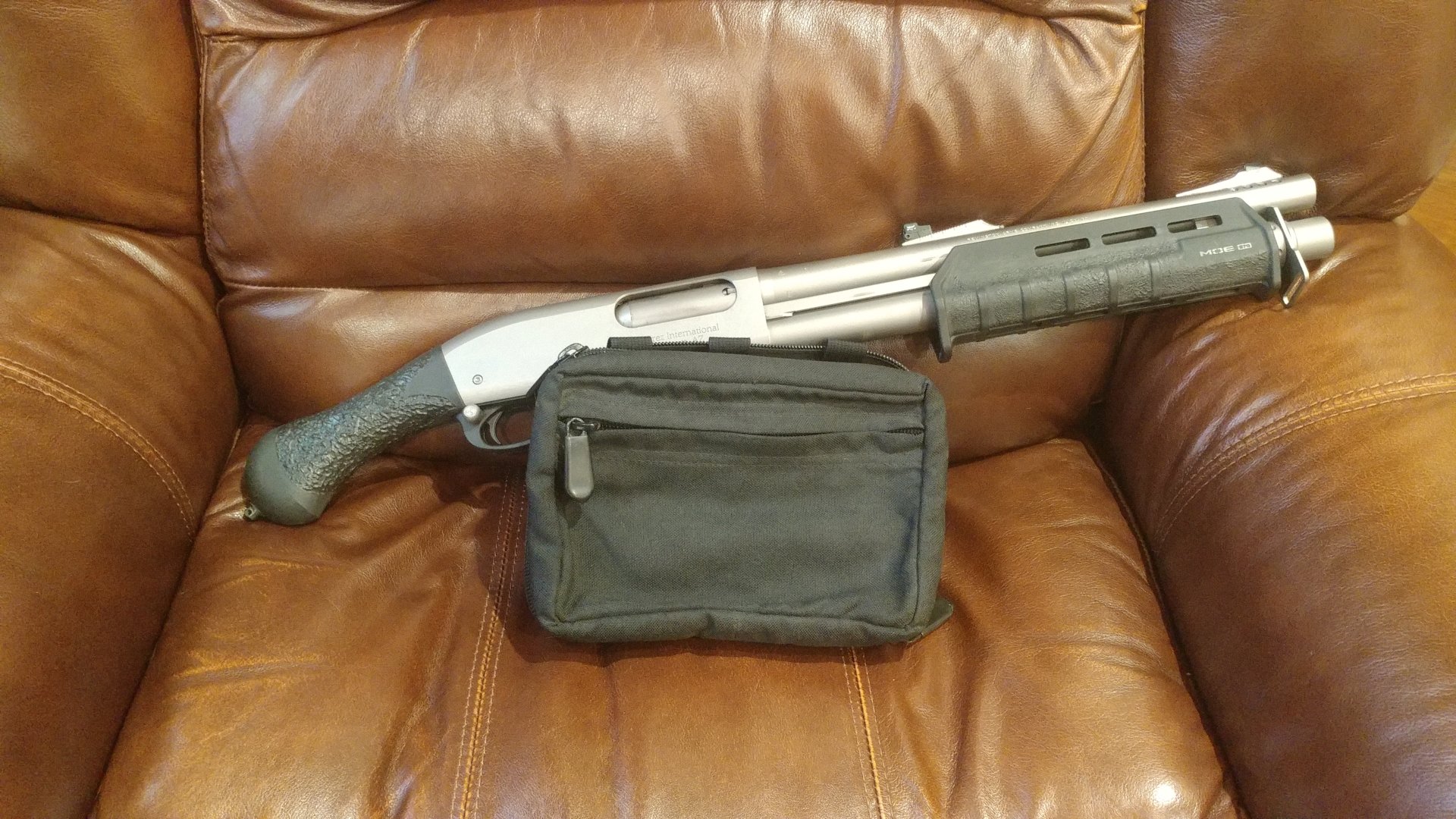 Carrying Ammo For the 12 GA. Stakeout

The shotgun, in any configuration is a "go and get it" weapon. It is not a reactive "fight right now" weapon like the hand gun. The fact that you went to retrieve a more powerful weapon precluded any other option in the fight. And often, in such an event, having extra ammunition is an asset. After all, you never know and you may need more than is currently in the weapon.

Some guys opt for a weapon mounted "Side saddle". These are fine, but they do add extra weight and thickness to the weapon, which in some cases is not a good thing. One of the best assets of the 12ga weapon is it is light and handy and fast. Making heavy and cumbersome and slow by adding more weight vis-a-vis ammunition, defeats the purpose of the weapon.

When I carried an armory-made version of the Witness protection Shotgun in the Gang Unit, I wore belt-mounted ammo pouches or loops. But for a modern private citizen that has wisely chosen a Tac-14, or its highly improved cousin, The Stakeout, a belt-mounted option may not be available. I also carried a fanny pack modified to carry 12ga ammunition. The pack was not a bag to cram full of crap like is the modern penchant for anything nylon. It had one purpose - to carry a fight's worth of ammo that I could grab and take with me if I grabbed the shotgun. I could sling it over my neck in a hasty-carry method, or if I had the time, loop it around my waist - over the battle belt.

The bag pictured is the bag I used in those heady days of Jurassic police work. Since adopting the NP3 Amphibian (an NP3 Stakeout Tac-14 with rifle sights) as my day to day urban weapon for the vehicle, I have begun carrying that bag next to it. Simple, effective and absolutely elegant. Duplicating it today would run about $80-100 (Blackhawk Fanny Pack and Velcro Shotgun Cards), but IMHO, it is by far the best ammo carry compromise for the private citizen.

Tags:[Ammo][Stakeout]
Next Newest
Next Oldest