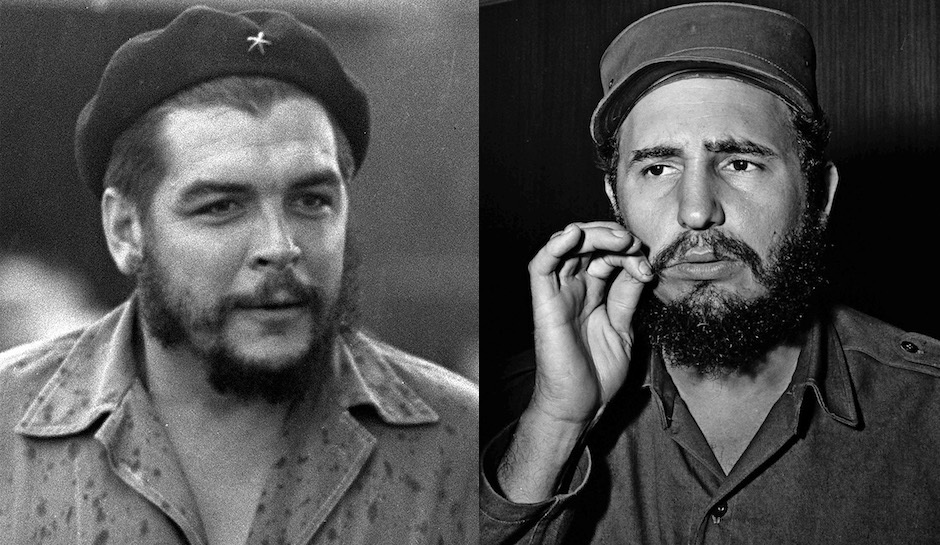 Yes, I am happy about it just as a Jew would be happy at the demise of Hitler or Arafat. Some history...

Fulgencio Batista, Castro's predecessor, was a dictator. A brutal one just as bad as any in Latin America...a region renowned for its lack of democracy. Batista was a smart man and allied himself with US business interests. And he used his position to enrich himself and oppress any opposition. Castro's revolution was not always billed as a Communist one and there were several other actions fighting Batista that were not aligned with Castro. But in the chaos of the final days of the revolution, Castro came out on top.

The USA had plenty of opportunity to intervene, and Eisenhower had developed a sound plan. A puppet installed by the USA was far better than Castro. But as is so common, even today, with US foreign policy, when Kennedy inherited the presidency, he allowed the anti-Castro operation to fail and solidified Castro's hold on Cuba. JFK, IMHO, was as much responsible for Castro's lengthy rule as anything else. Think of what GWB accomplished up until the point Obama was elected, and then what Obama did with the middle east and you get the idea. But moving on.

Today early I got text messages from various family members across the country - "La Bestia" is dead. "La Bestia" is the pejorative name given to Castro by those he injured. It means "The Beast" in reference I suppose to the biblical beast. Castro imprisoned any opposition, tortured thousands in the most horrible "game of Thrones" fashion you can imagine, and in essence imprisioned the Cubans on the island for over 50 years. He stole every successful family's wealth, homes and businesses...labeling them "priviliged". You know that nonsense the black american communists like to use - "white privilige"? Seen it before kids. Communism is alive and well in the USA, dressed in a suit...or in gang attire, rather than Castro's green BDUs.

Some Cubans made it out by the grace of God and the cleverness and skill of their families. Others did not and grew up knowing only communism. But one thing I have learned in my world travels is that humanity finds a way. In places where humanity has resources, it is easy to resist the creep of communism. And by resources I mean a vote at the lowest level and other means at the highest levels. In Cuba they had neither. In Cuba Castro's government had the wealth, the guns, all control, and dissenters were removed. But as I said...humanity finds a way.

The post Cold War creep of communism, socialism, liberalism, and progresivism reached a peak and the push back has begun in many places around the world. In Europe socialism has virtually ruined several generations of society, but that society seems to be pushing back now. And here in the USA, the elections of earlier this month were a complete repudiation of the Communist, Socialist Obama regime. In Cuba, one of the pegs denying the Cuban people's pushback died and Cubans are one step closer to being free...truly free.

I am glad Castro is dead and sorry it took him so long to die. And RIP is not a proper statement with Castro. Resting in peace is something only the good do when they reach Heaven. Castro was evil and he will rest in eternal darkness and solitude in the deepest holes of hell...alone.

Let us pray that what we have seen this November will be a harbinger of the ultimate demise of communism around the globe...both in the USA, in Cuba...and anywhere that cancer has begun to grow.,