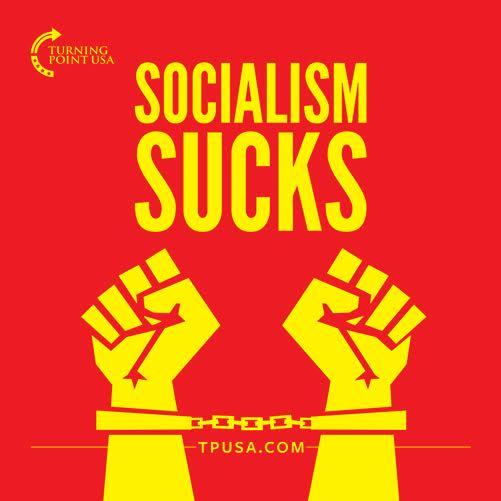 COMMUNISM IN AMERICA (written in 2017)

I update this article every so often because communism is emphatically not dead. And it seems that an affinity toward this philosophy is growing in, of all places, the USA. Specially today.

If Americans were not historically illiterate, they would see incredible parallels between the agenda of the left...the liberals, the progressives, and the avowed socialists, with the agenda promoted by communism's founders. Please read history before scoffing as uninformed opinions are as worthless as the results of communism.

Communism remains as the greatest threat to humanity and the greatest danger to the success of this country and those who live here. Last November was a referendum on the ongoing leftward march by the United States. The work of men like Carter, and Clinton, and Obama was soundly rejected, as the the Chamberlain-like appeasement of the Bush clan with the election of President Trump. And what we are seeing now is the American Communist Machine at work to hold on to a sliver of power while seeking to discredit those who defeated it. And not all American Communists are democrats. The philosophy of communism pervades both sides of the proverbial aisle.

Regardless of whether you like or dislike Trump, his election was a big middle finger to American Communism.

First some history and definitions so that we understand the true enemy of freedom.

The men most associated with communism are Marx, and Lenin. Communism significantly influenced the history of the 20th century, which saw intense rivalry between the "socialist world" (socialist states ruled by communist parties) and the "western world" (countries with populist/capitalist economies).

Communism has been always associated with the Soviet Union. Since the fall of the USSR, many Americans have incorrectly thought that communism fell as well. But today, the communist philosophy remains, draped with the more acceptable and "less Russian" names of "socialism" and "progressivism". ANTIFA are hard core communists. In short...their SS.

It is interesting to note that Marxist theory contends that socialism is just a transitional stage on the road to communism. Leninism adds the notion of a vanguard party to lead the proletarian revolution and to secure all political power after the revolution for the working class. This usually means elimination of firearms in the hands of the public, confiscation of wealth, nationalization of industry, and indoctrination of the young...as well as executing any resistance. In short, making everything and everyone dependent on the government. This should all sound very familiar by now as the agenda of the American Left.

No imagined mythology here kids…my family and I lived through this in Cuba. Any man that has lived in communism knows its smell instantly, and recognizes it over the room freshener, like the rotting stench of a corpse.

If one examines any country that has been communist...or pseudo-communist, one will eventually see a failed state. The USSR failed, as has every single other communist state. The current economic debacles in Europe are due to socialist (pseudo-communist) economic policies. Communism always fails. It has always failed in every nation that attempted it in any form attempted. And it takes untold lives and societal damage in that ultimate fail. That is why communism must be resisted totally and completely and without any sort of compromise. The fight against the spread of the communist cancer transcends family and nationality and any other ties that bond people. You cannot get along with a communist...eventually he will come to take what is yours. Like cancer...even a little bit is dangerous and unhealthy.

The reasons why communism does not work are as follows.

Specially if he does not wish it so and would prefer to be funded by those who are.

What communism wants to do is to force "those who can" to carry "those who won't".

Eventually "those who can" either get tired of being enslaved (via excessive and ridiculous taxes) due to their talent and stop working, or simply leave to a non-communist region where they can profit from their abilities. Think Atlas Shrugged. If you haven't read it, perhaps you should.

2). Create a moneyless social order. Money is what drives everything. It has been that way from the age of Mesopotamia and is that way today. It is why countries go to war (and you thought it was for "freedom" I will bet), it is why people get up in the morning and go to school or work.

The hope for a better life and the creation of wealth is what drives a modern and prosperous society. Communism kills that hope by stifling creativity and drive (through the elimination of personal wealth) so that the lazy will not feel held back by the capable (sound familiar??). Like it or not, for most men, the ability to keep what they make trumps ideas about patriotic giving. Obamacare was a huge step in the attempt to develop a moneyless social order.

Want to know the source of the “Entitlement Mentality”? Look no further than Communism.

Communism festered in Cuba and erupted into a revolution that was eventually successful. But communism is not always brought to power as a result of a violent Lenin-esque revolution. It is as often brought to power in a cancerous Marxist spread that may take several generations to be realized. And make no mistake, what you are seeing in the various protests, both the ridiculous and the violent, is an attempt to form the vanguard Lenin spoke about.

That vanguard, funded and organized by the American Communist Movement, will prove itself as dangerous to America and its citizens as any bomb wielding Jihadist.

We live in a time of war and a new front has emerged. The defeat of Communism is as important as the defeat of the Jihadist. Stay frosty and awake.