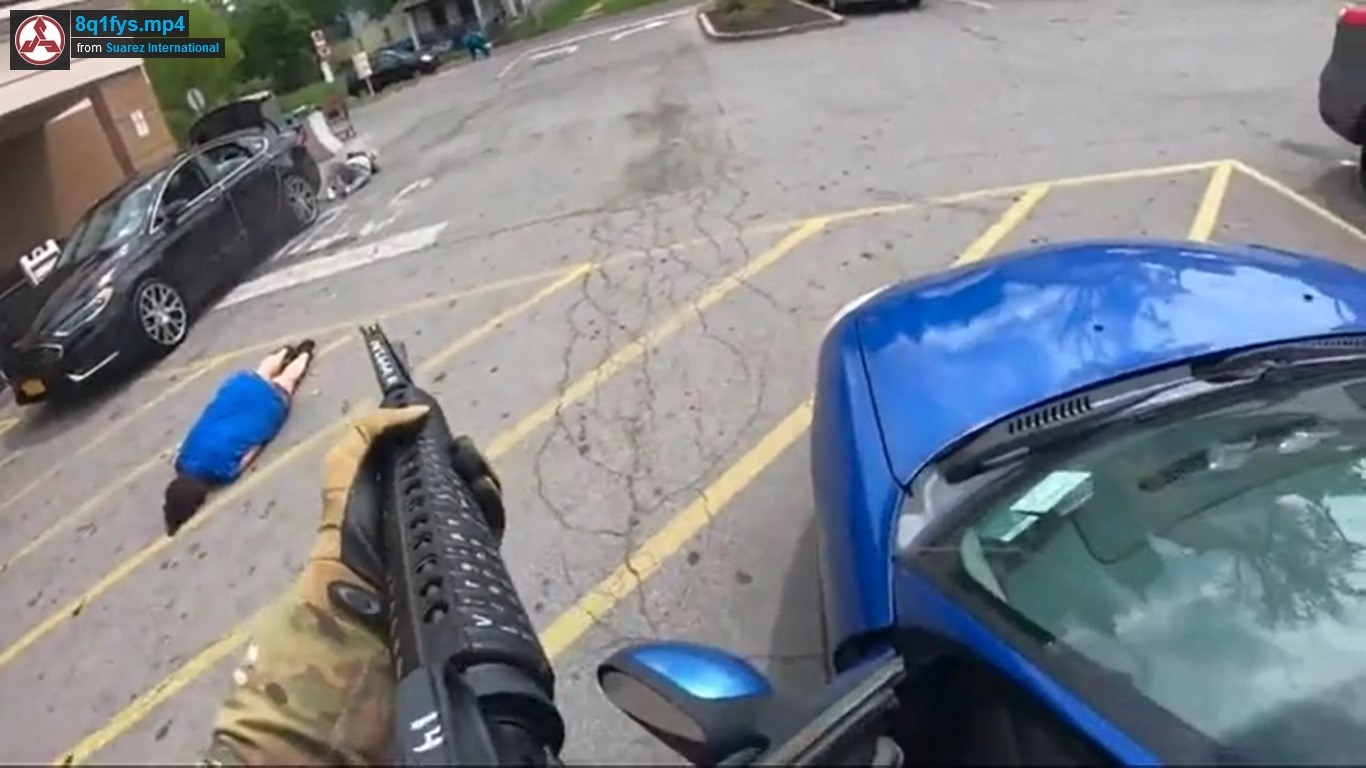 DISCUSSION ON THE BUFFALO ACTIVE SHOOTER

I don't know if anyone remembers but we have been forming our training and our material specifically to counter threats like this for over six years now. When the rest of the industry was still training to thwart the beatniks in the parking lot with switchblades, we were teaching you to move off the line of attack, draw your fighting pistol and shoot them in the face. Or if in a proactive role, be able to take that shot from the length of a grocery store aisle.

The mainstream CCW training world scoffed. "No civilian ever need to carry a big handgun like that...and those long shots...please...you will end up in jail".

I replied that today every person was a counter terrorist...and wondered if that was really what they thought...or if that was just an excuse to avoid considering things outside their self selected comfort zone. But I do ask...what do they think now?

Not sure how long this will be live, but here is a video of the event. I tried to upload it but every site keeps deleting it.

Sometimes you are just in a bad spot. The first lady that was shot looked up and that was that. That could happen to any of us. We try to keep alert and head on a swivel...but the truth is that anyone can be got. Her only possible option, and that is if she had been at a higher level of alertness, would have been to draw, move, shoot him, and hope for the best. Nothing else was in her control.

The people inside that apparently were hit when he fired through the front window were not in control unless they heard gunfire outside and accepted their first impressions. The reaction would be get low and get off the X...and again hope for the best. To stand around looking at each other wondering if that was really a series of gunshots is not the recipe for success.

But the others, by the time the first shots have been fired, have more options available...if they are armed and skilled. Those two are things which you can in fact control. Be skilled and be armed (I will add "properly"). Skilled means skilled at gun-fighting. I posted a video discourse on that very thing not long ago.

A shooter would not have had any advantage against this guy. A gunfighter would have.

And then there are the other shoppers inside. I don't know...perhaps it is just me. But it looked like everyone inside was moving in slow motion almost. Acting as if in their own worlds, not accepting nor responding to what was going on around them. The shooter on the other hand had a purpose and a directness to his movement that contrasted sharply.

We could discuss the why of it all, and the national malaise and cultural decay that causes these events to be so prolific. But that would be an exercise in futility for us since we have no power to affect any of the matters we discover in our debates. Rather, I choose to accept that this is a normal thing that happens in our world and take steps to address it.

Fires happen so we have fire extinguishing systems, sprinklers, etc. built into all modern dwellings. Car crashes happen as well so we drive powerful and safe vehicles that have safety systems inherent and yet not onerous. Mass murder events also happen...yet why do so few avail themselves of those things that can stop one of these dead in its tracks?

Security guards didn't stop him, nor did any laws on the books prohibiting such actions, and likely even banning the tools he used. But you know what would and has stopped these things at their launch? A bullet to the head fired by a prepared individual that saw what was happening, realized they could stop it and then acted decisively. Let us all be that person. Skilled, capable, accurate, decisive, and ready for Churchill's tap on the shoulder. And then change the course of history.