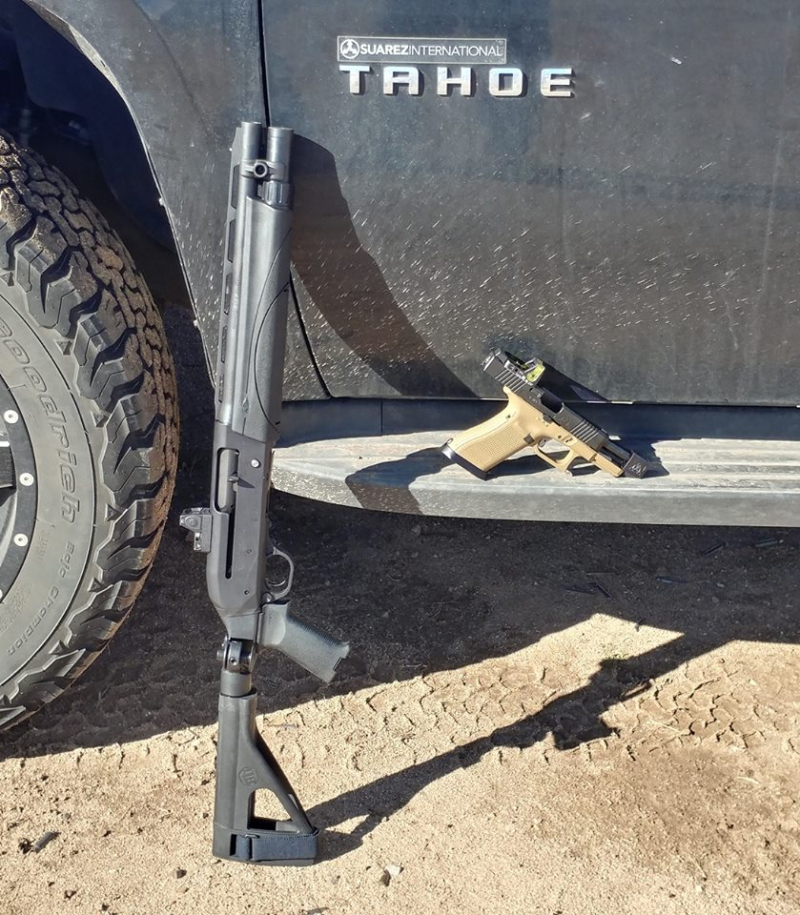 FIVE REASONS WHY YOU SHOULD CHOOSE THE SHOTGUN

The first one was so controversial I wanted to keep it going. We showed that the reasons the shotgun fell from prominence were simply silly fashion choices which have driven the world of weapons since I can recall, and the reality that smaller and weaker people have been brought into the uniformed world for the last twenty years. So here are my five reasons why you should purposely choose the shotgun over other weapons.

1). If your reality-based expectation of conflict is inside of twenty five yards, like most confrontations in the urban world are, then the shotgun is well inside it's niche. No private citizen gunfight, or even a non-SWAT police gunfight, is going to go much beyond a few rounds in the real world. How do we know this? Because we stay on top of actual events versus movies. Moreover, inside that distance interval the shotgun is easier to hit the threat with, and more likely to kill that threat, or at least incapacitate it, even with a peripheral hit. More on that momentarily.

2). If you want to utterly destroy a threat, conclusively and completely, even with a less than perfect shot, the shotgun should be your choice. We spoke with a few medical professionals that have seen more firearm injuries than most of the readers here. Head shots are largely, with few exceptions, fatal. Torso shots with pistols, if attended in time, are survivable. Rifle wounds less so, nut many are still survivable. They hate treating shotgun wounds as shotguns destroy flesh and are far less survivable than other gunshot wounds. So in short, due to its nature, a head shot with a shotgun is easier to achieve than with other weapons, and if all that can be obtained due to events is a peripheral hit, the damage that hit delivers will often be sufficient to stop the threat.

3). If you are physically strong and can wield the modern battle axe, you should select the shotgun. The shotgun is not for the frail. Much can be done to make it less demanding physically such as the selection of a semi auto over the pump action (a trade off), porting the barrel, selecting reduced recoil ammo, or dropping from 12 ga to 20 ga. But it is still a physically demanding weapon not suggested for those lacking physicality. But if you are more spartan than dad-bod, the shotgun will give you options other weapons will not.

4). If your reality-based expectation of conflict includes reduced light, multiple adversaries, or the potential for rapidly changing dynamic circumstances where the time interval may not allow the use of traditional marksmanship principles, the shotgun is for you. The naturally expanding pattern is an asset of the weapon and should not be changed. All modern ammunition will yield a much tighter pattern as it is. And yet that natural spread will allow you to get a hit on target that would likely be impossible under the same circumstances if you were using a rifle or SMG. The real world is rarely as stable and predictable as the shooting range.

5). If you don't give a rat's ass what the tattooed youtube hero shooting 100 rounds through a used car says you should have - If you are unfortunate enough to live in a state that ignores the rights of man - or if you simply want the deadliest efficiency possible for the real (not theoretical) problem at hand, you may want to grab a shotgun.