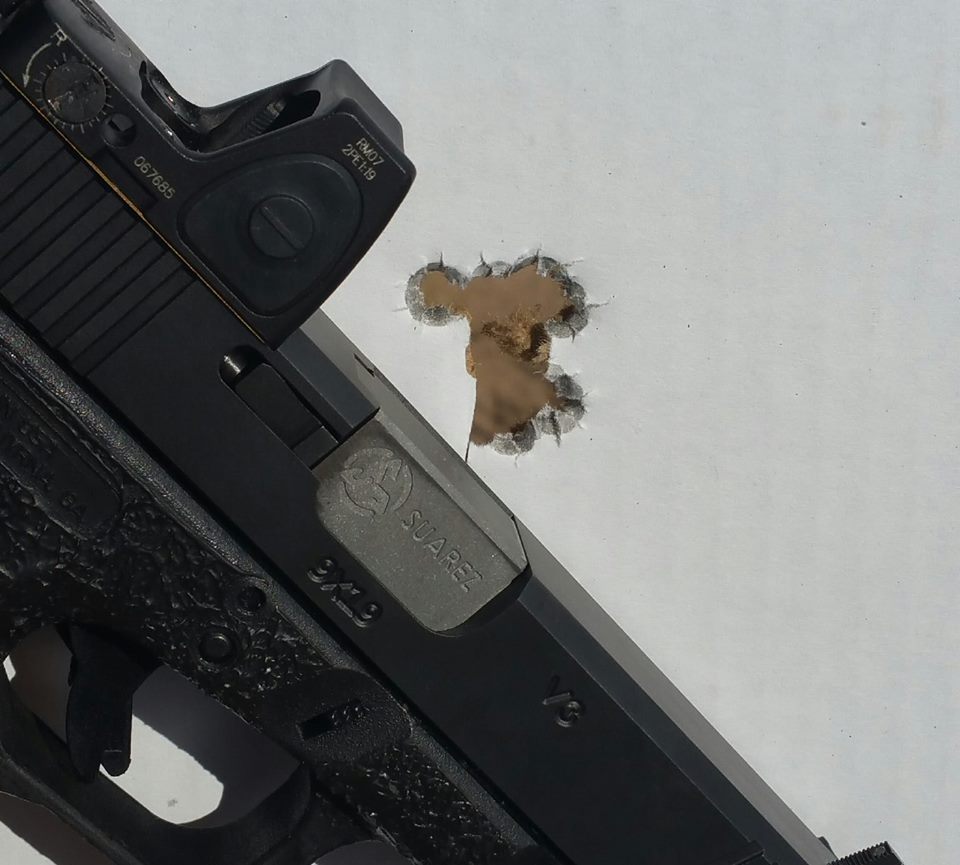 It happens from time to time. I will get a call from a customer whose Trijicon RMR has a flickering dot. Although anything man-made can fail, and Trijicon is good about fixing those that do, by far the most prolific reason for an intermittently failing dot is the battery.

We conducted a study and found that the uniformity of thickness on a 2032 CR battery is anything but uniform. Coupled with the "underneath" installation of the battery on the RMR, and the constant movement of the slide, you get a perfect storm. The battery becomes slightly dislodged from the contacts and the dot is lost...but then in the next few shots, it comes back on. Very frustrating to say the least and why so many have begun to investigate other red dot sights such as the Leupold Deltapoint Pro and the Vortex Razor (both of whose batteries load from the top or side).

But there is still a factor which places the RMR in an advantageous position and that is its low profile. Loading a battery from the top or the side requires a taller mounting and subsequently taller sights for cowitnessing. Nothing is free of course.

We studied the matter for a very long time and tried many possible solutions. All incidentally without Trijicon's help because they deny that such a thing is even necessary.

We came upon a solution that is simple, cost effective, and one of those head slapping things that we cannot imagine how we did not think of this before. My son asked me to fix the sole of one of his fencing shoes (yes, we fight with swords too at our house) and I got out the tube of rubber Shoe-Goo. As I finished off the shoe, I got one of those crazy ideas.

Could the Shoe-Goo do what we needed to do with the battery? That was three months ago.

Here is what I did...on three weapons now...all with RMRs that exhibited the "flickering dot syndrome".

Place a drop of rubber compound Shoe-Goo onto your RMR Sealing Plate. Don't overdo it. A little goes a very long way.

Next, place the battery on the right position and press down on it so the Shoe-Goo spreads out to the sides.

Now take a knife, an allen wrench, or your "revenant finger nail" and scrape off all the excess rubber as you do not want that getting into the RMR itself. Now set it down and go do a set of squats or deadlifts...maybe two sets. Once the rubber has set a bit, install the battery and plate onto the RMR (make sure there is no excess) and onto the pistol.

Tested now for 1000 rounds on three pistols...a little Shoe-Goo solves the problem it seems. Who would have thunk it? Give it a try.