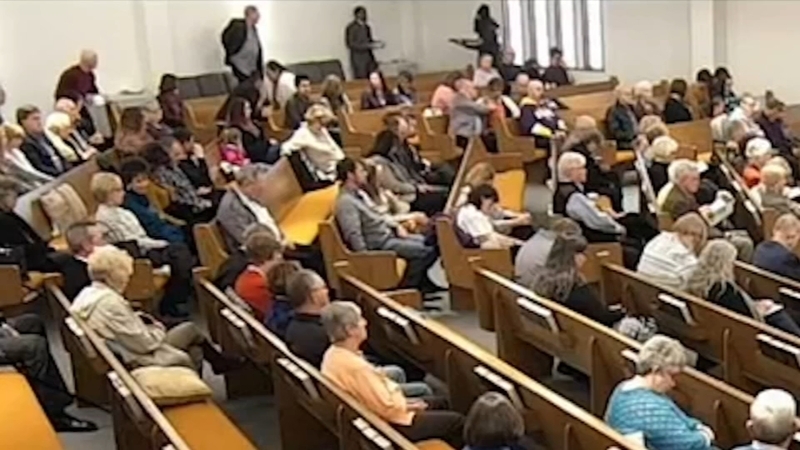 When we have an event like this, we all want to pass around slaps on the back and show how an armed good guy makes a world of difference. True enough, but my job - as unpopular as it may be - is to point out what could have been done much better and the mistakes that were made, lest we forget them in the haze of self-congratulation, and unavoidably repeat them - perhaps with less fortunate results.

Examine the video above. The action takes place in the upper right hand corner. The hero of the day is on the left side of the screen. I want to point out all the pre-event indicators that the bad guy is showing, and that are totally missed by everyone. It is almost as if the people around him simply cannot mentally accept what is going on. Notice greeter casually speaking with the shooter, not noticing his demeanor, attire, nor equipment. Notice also the first security man who is simply not paying attention and stands abruptly (drawing attention to himself) and seems to casually draw at a point where he is so far behind that he can do nothing to mentally or physically catch up. His was a race of attention, not a matter of draw speed. I have always said that timing is a far more important thing than speed. And notice the entire congregation, as if asleep (yes...I know they were praying) suddenly start at the first gunshots. I don't go to church much anymore these days, but when I do, I don't close my eyes and bow my head. It is 2020, our times have changed and I stay aware of everything around me.

Below is my perspective. I know it will not be popular, but that has never slanted my opinion on things.

The old gentleman, Wilson, did very well given what he was presented with. Good for him. It is difficult to see from the video quality, but it looks like he had a good idea of what was about to happen, and began to close the distance as it began. Fate placed him farther from the action, and if he had been positioned closer it may be that the bad guy would have been interdicted sooner.

Could this all have been done better? Yes it could have. How?

1). Churches have a very welcoming smiling perspective and that from the usher/security guys may have delayed their response to this guy at least in two ways. Ushers are chosen because of their smiles and welcoming nature. Nobody wants The Rock, Jason Mamoa, and Hulk Hogan as greeters or ushers. They would rather have clean shaven Joel Olsteen look-alikes that don't frighten the church ladies. The problem is that the greeters and ushers are also the first contact the attendees have. They need to be paying attention for clues about the nature of those who walk through the doors. And alert the security elements if there is the hint of a problem. Second, notice the first security man. He is sitting down, casually with his left arm extended on the back of the pew. He is visually and physically focused on the proceedings of the church and is unable to catch up once the event kicks off. He wasn't paying attention.

2). If you are selected, or self select, as a combatant - and ostensibly the job of "Security" makes you just that, it is important that you do all you can to remain fit, agile and martially capable. No, you won't be as good at this at 60 as you were at 20, but that is no excuse to "let the old man in". It takes effort and discipline, but if that is your self-image, you have no choice. Moreover, it is important for those so tasked to remain vigilant at their jobs. They do not have the luxury to bow their head in prayer, or to be engrossed in a scripture. They need to watch the doors, and to watch those seated in the church. Their job is to interdict people like the shooter, not to be worshipers at the service.

3). Tactics, learned and coordinated by the security staff would likely have prevented any action from this guy. Based on the video, it seemed to be mostly a group of individuals responding alone, rather than a team of coordinated actors. That is a factor of the church mentality of just getting by rather than doing their best at this stuff. Churches want the feeling of security, but do not want to pay the price for that security...culturally, physically, and rarely ever economically. That price would entail some degree of coordinated team training. Not to the level of a SWAT team, but certainly in the area of a coordinated response to a number of possible scenarios they may face. That price would entail passive countermeasures such as a man always posted at the front entry door of the church, and that same door locked once the service begins. And the price might also include a minimum level of skill required, far beyond a simple entry level CCW permit, for inclusion as Security.

4). Its about killing not about shooting. Most security guys may be good shots, but the idea is to be "good killers". Wilson seemed to be that. His tactics were fine given what he was presented with. The security guy drawing from the small of his back was not in the fight, beforehand or during. He didn't think out his role in an event such as what happened. Bravery doesn't make up for a lack of preparation nor for poor skills and tactics. Lionizing him does nobody any good. Security teams need to train to identify, isolate, and interdict people like the shooter. And interdict means to kill him by shooting him right in the face, like Wilson did.

5). The guys that are reluctant to kill a bad guy, or who think your life is now ruined by having to take a life are fools and should never be in Police, Military or Security service, and they certainly do not belong in a group tasked with protecting anyone. Killing the bad guy so he doesn't kill any good guys is a high and praise-worthy thing to be celebrated. It is good and something we should all aspire to. Perhaps churches will see this event and learn from it. Perhaps they will read this short article and take these points to heart so the next attempted active shooter is killed where he stands, at the front door - before he kills anyone. But I doubt that will happen anytime soon.