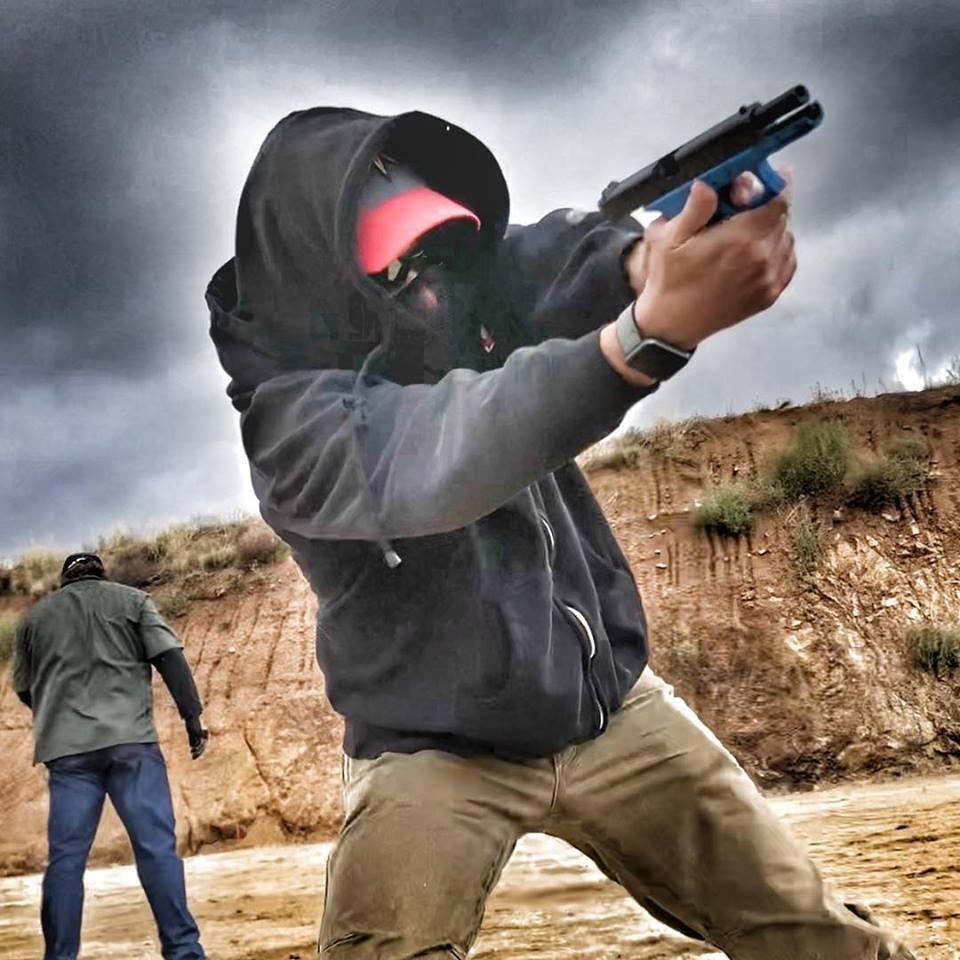 GETTING TO THE SHOT II

In the first installment we discussed the difficulty many people have about shooting what is evidently an active shooter. In short there is the seemingly societal aversion to and violence and the associated fear of “getting trouble”. We will discuss that one next time. There is also the difficulty in processing the incoming flood of sounds, images, and words and extrapolating actionable information from it to arrive at a decision to act. This is no small matter as there will always be a degree of uncertainty. Some call this traversing the OODA loop.

For those who came in late, OODA refers to the process by which humans process information. It was coined by an Air Force fighter pilot named Colonel John Boyd (not a bearded Youtube gun guy as some may have been told). OODA refers to observation vis-à-vis all the senses, orienting what has been sensed through the filters of your prior training and experience, arriving at a decision, and then acting upon that decision.

A secret…the more you know about the event at hand, the faster you will process meaningful information from the incoming flood.

The most important gaps to traverse in the OODA cycle are the stretches between Observation and Orientation. This is done with knowledge. I make a point to tell my students that everything they read about terrorism, they should print out and keep. Every post on your forum that is informational on active shooters or terrorists should be visited (the system will time-stamp when you read the thread) and printed out for future reference. Not only will knowledge of their tactics help you in filtering the raw data you are receiving, but help you arrive at a valid course of action.

An easy example – a military aged middle eastern male with a back pack yelling Alahu Akhbar in 1999 would have received little attention. But based on what we know today in 2019, the response of those around him would be vastly different. It is not enough to have casual knowledge.

Your knowledge must be deep and vetted and you must be able to articulate to others what you saw and why it has led you to your actions. Not that we are overly concerned about the aftermath at this point. But training the mind to do this also trains the mind to process and understand this information better.

The second gap involves the stretch from D to A…or decision to action. There seems to be an innate second guess system built in that slows most people down. At a certain level, this is a good thing as it prevents over reaction. However, it is not that “second guess” that seems to retard the speed of our act. Rather it is the timing of the Decision, the selection of the correct action, and then the execution of that action.

Imagine this situation. A good guy sees the active shooter. He notices how he looks, his positioning in relation to everything else around him. The observation is inevitably tied to profiling. We almost do both simultaneously. Our good guy profiles him as a bad guy based on his appearance, demeanor, location, and all the other factors that are incoming as information.

These two phases of observation and orientation (perhaps more correctly observation and categorization) happen immediately. But there is an open ended time frame after the categorization happens that depends on the perceptions of the actions of the bad guy. We could easily say, “Look…there is a bad guy. I have observed him and have arrived at the opinion that he is a bad guy”.

But that is not actionable. What is he doing that requires any action from us? Or just as important…what do we perceive he is doing, or about to do?

A bad guy standing there minding his own business is not anything we need to act upon. The infinite possibilities of his actions, or lack of, are impossible to predict. The bad guy may walk away, he may sing a song, he may produce a rifle from his bag, he may light up a joint, or he may nothing. Attempting to predict those actions and then have a prepared response to each and every outcome is impossible.

But there is in fact something we can do…we can simplify.

There are only a handful of potential actions the bad guy may undertake that have any bearing on us. And in identifying those important and significant actions, and their implications to our overall mission, gives us quite a head start. What do we care about? Let’s boil it down to two possible situations.

The bad guy produces a weapon, or the bad guy points a weapon at us or someone else. Anything else he may do is not important. Your potential responses should be simplified as well.

Setting “triggers” is a very simple way to get from one frame of mind to the other.

For example, a default response to the bad guy approaching you could be your hand coming up, palm out, and you announcing, “I can’t help you”, as you continue moving and scanning for accomplices. That simple response is easy to remember and apply once a contact has been categorized as a potential bad guy. That same bad guy producing a weapon (or attempting to do so) would be set up as the mental trigger that moves you from an avoidance "defense-based" footing to an aggressive "counter attack-based" footing. This would trigger your default response…a draw and move off the X and counter-attack.

Having multiple options as solutions to a presented problem is a recipe for disaster. Having one default response to a given stimulus will allow you to respond quickly and efficiently once the situation is recognized. But training that default must be done correctly and with some circumspection. When you see the profiled bad guy produce the rifle from the bag, or raise it to point, you need to have a response that you can bring to the fight without any conscious analytical thought. It must be a conditioned, habituated, and mindless response.

We want our responses automatic and not requiring of analytical thought. This leaves our minds available to determine if there is a need for shooting and who should be getting shot, not in how to arrive at that point physically.

The way to have that level of skill is to develop a handful of habitual actions given the stimulus of the fight…or pending fight. One draw, not twelve. One way to move off the line of fire, not twelve. One way to manipulate the weapon, not six or seven. When I see a system teaching several types of draws and multiple ways to move off the X, along with multiple methods to operate the weapon, I shrug and categorize that as an over complicated method that has never been tested in a real fight.

If you want to turn decision into action faster and more certain, simplify exactly what those questions are, as well as their answers. And then have as much command of language as you do with fighting so you can articulate what happened later. The pen is not mightier than the sword...they are both things in need of mastery.