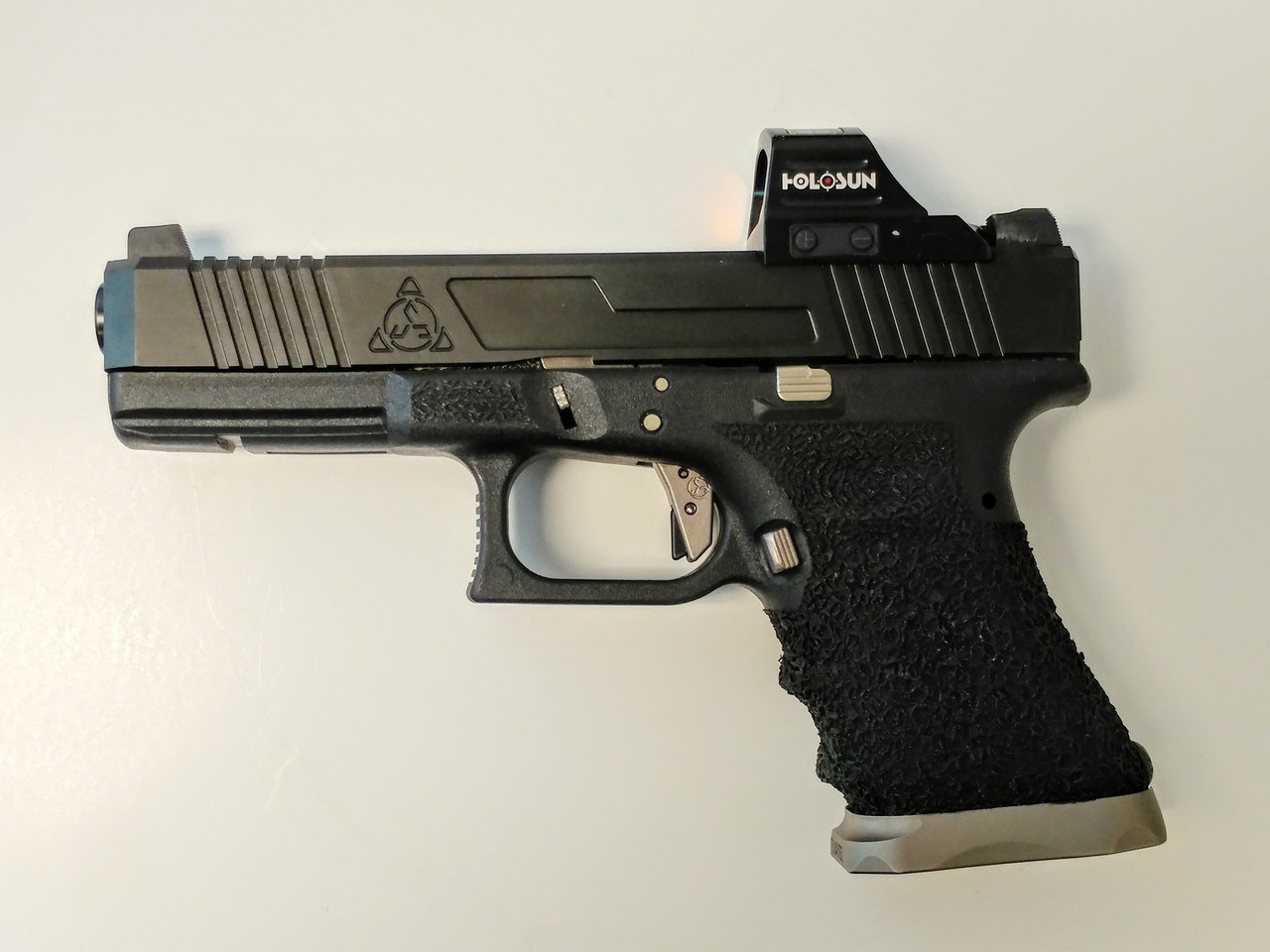 HOLOSUN PISTOL OPTICS - I WAS PREPARED TO HATE IT

I was ready to hate it. Even though its features were very compelling. Even thought its company was far easier for a dealer to work with than Trijicon. And even though it had the same footprint as the RMR. It had the chinese stigma after all. But as a professional man-at-arms, I have to go with what is best, regardless of who made it. That was a position I learned long ago. Politics, religion, and "personal likes" have no place here. As Musashi said, one should not have a favorite weapon. To plagiarize...one should not have a favorite pistol optic if it causes you to disregard better options.

And so it is with the Holosun. The straw that pushed me over the edge, and away from Trijicon was this last weekend. I was teaching the ever controversial Killing WIthin The Law class and during a break the students talked about the AR pistol, and what I used. I had an AR pistol...a 7.5" assembled by the Gunsmith Staff and I kept it in my vehicle. I usually leave it on and it had been there for three months.

The last time I ran it was before Thanksgiving and I placed in its holding area with the optic on when I was done. I was sick with the Rona over the holidays and have been otherwise too busy to shoot (yeah...business is business). Since I do not garage my ride that optic had been subjected to a lengthy "ON" period and to freezing temps overnight for several weeks.

I should note that previously I had two RMRs come out of my safe totally dead from the cold...with relatively new batteries.

As I pulled the AR from its bag I told the students that the optic might be off because it has been so cold and explained the importance of back up sights, but to my delight, the bright green dot was right there when I shouldered the AR. I think I have reached a point of decision where I can comment. In my opinion, the Holosun is a better product that the Trijicon RMR.

Am I going to put all of my RMRs on sale at gunbroker? No...but several new projects for which I had RMRs set aside will be getting 507/508 Holosuns instead. In particular I like the added benefits of the dormant feature that may have been responsible for the optic still functioning. The solar power feature...is an ingenious thing that I suspect Trijicon will inevitably emulate at some point when they can steer the behemoth vessel back into modern waters. And the green dot reticle. A little more on that.

I have found that the green appears brighter at all settings that the red...and across the board with Holosuns as well as Trijicons. The idea that green will not be a good choice in green environments was proved false when I took the green Holosun out in the spring. Yes its green...like the foliage, but even Stevie wonder could discern dot from background very easily and sharply.

I have since read studies that show green is actually easier for the human eye to pick up. Case in point...the tritium elements in your sights, your watch face, and vehicle dials (non digital) are likely green and not red. Moreover, I am not sure why, and will have to study it better is that the green doesn't seem to distort with astigmatism (which I still have in my left eye).

Like true capitalists, we will sell both...but if you were to ask me which one I prefer...you have your answer.