HOW IMPORTANT IS ACCURACY? 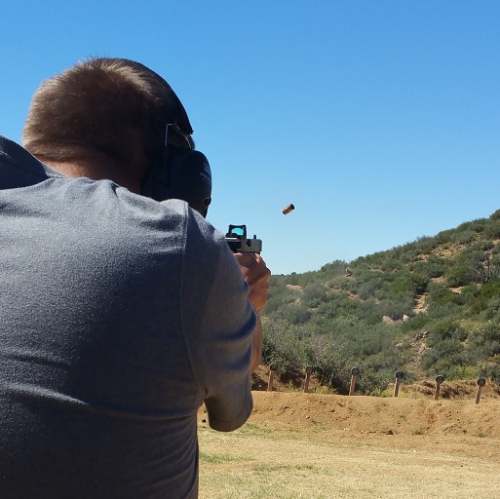 How important is accuracy, and a secondary question, how do we build it?

On the face of it, the title seems obvious. Sort of like saying water is wet. But it is something that must be discussed in the realm of combat shooting as there seems to be a great deal of the "complacent quest for adequacy" creeping into the study. "Its good enough for gunfighting", one man may say as he views his pizza sized group on the cardboard, not taking into consideration that what he is viewing was not the result of an hour of busting off the x in reactive drills...but rather his best in non-pressured proactive group shooting.

The combat crowd might scoff at our standards of all shots touching as an indicator of accuracy (both of man and gun and ammo). But the more accurate the shooter is, and the more accurate his weapon is, the greater a margin for error he has if things are less than optimal when he has to shoot. Think of a custom pistol that is capable of all shots touching at ten yards, compared to a pistol of lesser development that is only capable of a six inch group at ten yards. If the dynamics of conflict increase group size by a factor of four, the shooter with the less accurate weapon will miss many of his shots. (His accuracy potential having grown from a 6" group to a 24" inch group). The shooter has a margin of error that is considerably better with the more accurate pistol. Much the same can be said for rifles.

First of all is the shooter. He must have a reasonable level of skill at the fundamentals of shooting. There is no secret to these and they are shared with every single basic level class that we teach. The problem is that the fundamentals of marksmanship is not as fun as rappelling upside down from a building and shooting while Five Finger Death Punch plays in the background. But the truth is that if you want to hit that target at the base of the rappelling tower, you need to know those fundamentals. And so few instructors even understand them, much less understand how to teach them.

The truth is that the world champion firearm will help you develop greater skill that a low quality weapon with poor sights and trigger that you must wrestle with as you work to develop skills. Contrary to popular opinions...its easier to begin with a quality weapon if you can afford one.

Think of the weapon qualities as sub groups.

First is the ergonomics or the feel of the interface between the man and the weapon. Grip size and girth are considerations. The way the pistol sits in the hand should be as low as possible without injuring the hand. This has to do with the direction of recoil forces and the leverage they create on the hand. A pistol that sits higher will exert more leverage on the hand and thus the shooter will experience a greater degree of muzzle flip. Whereas a shooter using a pistol that sits lower in the hand will not. As well the ability to center the pistol frame in the web of the hand so that the bones of the forearm are as close to the axis of the bore will aid in indexing that pistol on target.

Next point has to do with the sighting system. The hand and its hold on the pistol, aided by the other hand and the desire to point it is what orients or aligns the weapon on target. For close range emergency shots that is sufficient, but contrary to the point shooters, not all shots fit into that category. The more difficult the shot, the more there is a need for greater refinement of that alignment. "Good enough" is not when you have only an elbow of an eye to shoot at, or if that critical shot must be taken past a loved one. You want much more than "good enough", you want "nearly perfect"...and that is what the sights are there for.

Cooper had it right to a degree, but its not simply about seeing the sights. I can put a big gumball on my slide and see it from across the street, but that will not help me to index it on the target. The front sight must be seen through the rear sight in a way that their relative alignment is easy and repeatable. That calls for square and hard angles and for sharp corners. And the best situation arises when that easily seen and aligned set of sights is smaller than the intended target.

The limit to seeing of course is the acuity of vision. In 2015 the miracle of medicine has the capability of restoring the vision of an 18 year old to a man in his fifties. And to the frustrated man with poor vision I would say instead of putting a gumball on your slide, go see an eye doctor and see if he can help. That said, are there modern solutions to this age old and age related problem? With the introduction of the red dot systems into the pistol world there are. The main counter to their addition seems to be that it costs money. Well, yes it does, but so does not being able to hit the man you need to hit in order to save your family. Its all a matter of what you want. Nothing good, from eye surgery to a quality optic on your firearm, is cheap.

What the red dot does is make it very simple to get the hits on anything you wish to hit from arm's reach to 100 yards, because it is super easy to align and refine that sighting system on any target in any light conditions. And as long as the rest of the action is done correctly, you will in fact hit that target.

The rest of the action is trigger. Again the purveyors of adequacy promote overly heavy, difficult to operate triggers citing liability-fearing writers in the gun press, or some case that they heard of from someone else where a trigger was the cause of a man going to the gallows. Much of it urban myth.

A good trigger will allow you to exercise your marksmanship skill without doing anything to degrade the alignment on target that you created. Not necessarily "light", but certainly not heavy. New York triggers and Chicago Triggers such as offered by Glocks are an abomination and designed for those whose weapons are far more a danger in the locker room than on the street against criminals. I will say that if you run into a trainer that is advocating these as a good thing, you should leave that class as that man does have anything of value to share with you.

A good trigger can be single stage or two stage, but it must be smooth as glass on the take up. Every bit of grit will move your muzzle off target. When it breaks it must break clean and not be so heavy that it jars your pistol off target as you press. And the reset after the shot must be clear and easy to feel.

And of course we have the issue of ammunition, but that is a discussion all its own. Suffice to say that accurate ammo is not cheap ammo. Not usually anyway.

All those components will add up to exercised accuracy. The more accurate you and your firearm are, the better. 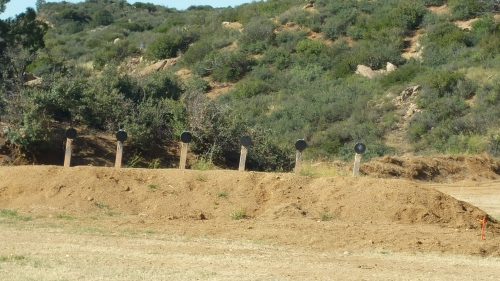