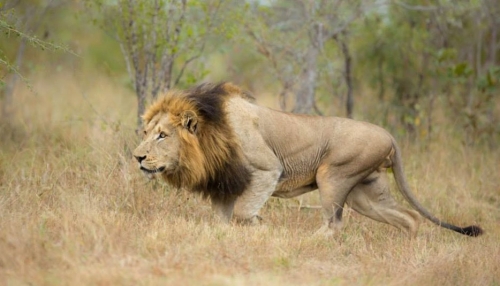 When I teach a class I tell the students that my job is to teach them at three levels. One is to teach the mind as they need to know why they will be doing what they are doing. I encourage questioning and there are reasons why we do what we do…and they must understand those reasons. Two is the hands, or technical mastery. And three, most importantly is the heart, or how they will feel.

How they will feel?

Yes, because I am not a technical instructor teaching them the intricacies of bullet golf. I am a teacher of killers. And I am teaching them how to kill evil men…and all the intricacies of that action, whether internal or external. A huge part of this is what has been labelled mind set, but there is so much more to it than just a mere thought process.

Theodore Roosevelt, a life all men should study, wrote: All men who feel any power of joy in battle know what it is like when the wolf rises in the heart.

There is a sentiment behind it...a joy. The French called it Joie de Guerre.

But it is a sentiment that modern society is extremely uncomfortable with.

Does the lion weep over killing the zebra? I doubt it. So how do you see yourself? What is your self- image? Prey, or predator? When the evil men come with threats of violence are you afraid? Or do you inwardly smile and your heart leaps at the justified opportunity to wipe them out - and express your warrior nature once again?

Today we cultivate our warriors to feel bad about their victories and we brow beat them with labels and counseling. And if they dare say they enjoyed the fight and enjoyed killing the evil men…that it was fun, they are excoriated and expelled from the mainstream.

But consider the lion. When the Zebra presents himself to the lion, the lion is not afraid. Even if the lion was outnumbered by zebras. The lion smiles inwardly, pleased at the opportunity to manifest his existence and being as a lion. So he is happy when he chases, catches, and kills the zebra.

He is happy to be the lion.

He is happy to express his “lionhood”.

And it has nothing at all to do with one’s profession.

"Professional" and "amateur" are words that have lost all original meaning. I am gravitating more and more toward predator and prey. One self selects or he does not (and is assigned to a role that does not fit them).

I have found during my past life in LE and my present life often training LE that many of them are not self-selected predators of evil men. Rather they are assigned to that task once in a while and if all goes well, and the numbers are on their side, they succeed. But if not, we see events like Dallas and several others around the nation. Truly, in the modern age of LE, the mentality I am discussing is not welcomed at all and the ethos of "community helper" is far more accepted than "hunter of demons".

And when a smiling community helper, who has been raised in fear and is motivated by trained fear, faces a terrorist or a moderately trained and skilled evil man, well...the news is filled with such events.

What the liberals think or want is irrelevant to me, and ostensibly to America as shown last November. But I think the majority of LE guys and armed CCW guys today are raised in fear. They are afraid of everything and are in essence "fear aggressive" when faced with danger. And that being the case, they are terrified – always.

You see that in the various videos where the officer is heard screaming for several seconds...often unintelligibly before shooting. It is as if they are trying to talk the killer into not getting shot even if that is what is clearly required at the time.

The lion does not warn the zebra he is coming to kill him. I never uttered a word to anyone of the dozen or so bad guys I shot. Not a single word. In a sense it is reactive, but only based on reacting to information presented, or a justified target being presented to you. And today, in our age of war…our age of war against the jihadist and the urban terrorist…we cannot afford to think like prey.

There is a great deal of importance as to how one sets his perspective on things...about how one gets their mind right.

Which one are you?