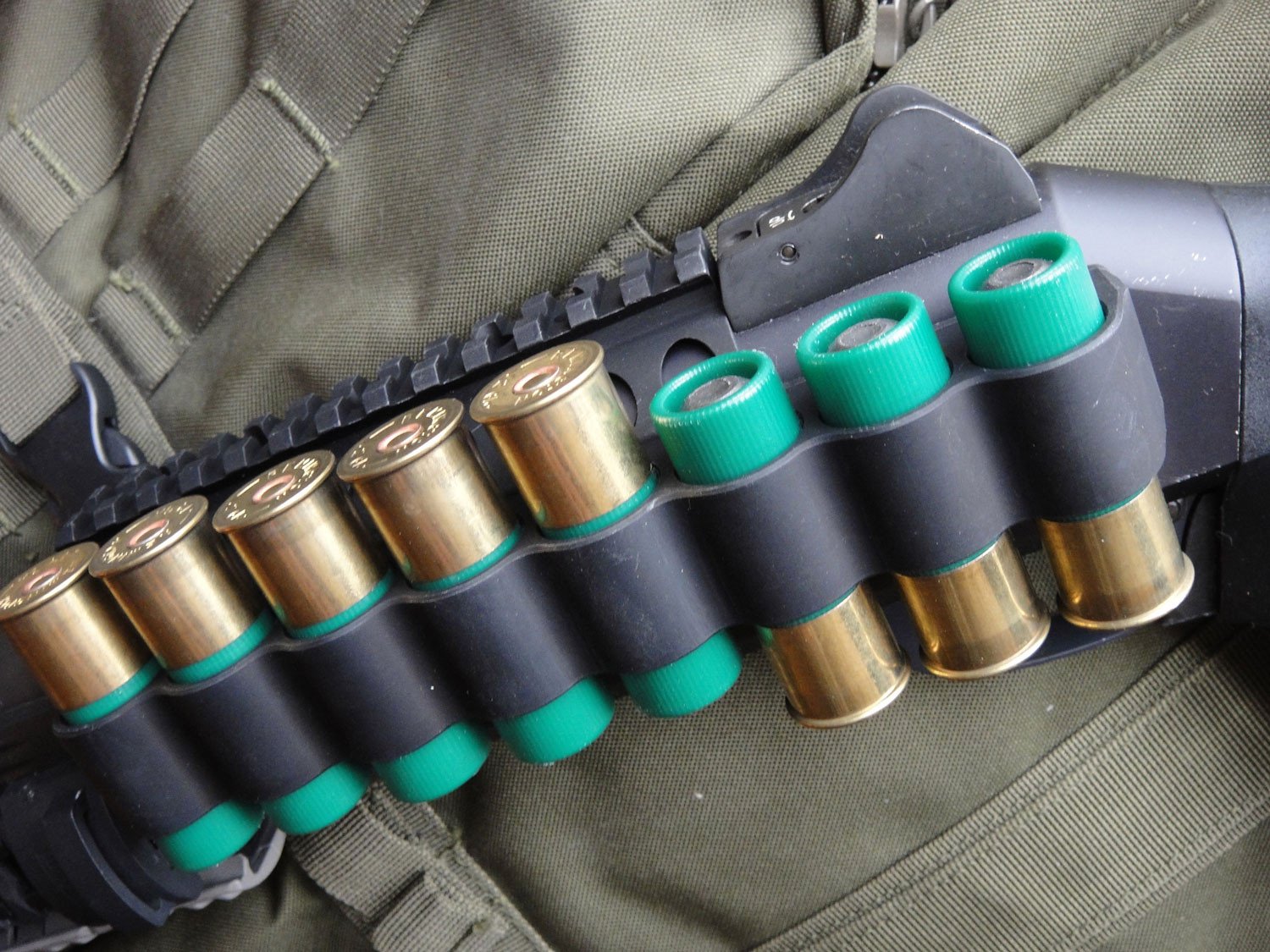 Making the 870 Better: Side Saddles

One of the areas where we can make the, now popular again, Remington 870 better is by the addition of an on-board ammo carrier. I was initially unfavorable about these as the original versions of yesteryear were heavy and clumsy. But the newer versions seem to have overcome this. Lets discuss the things that make them good and the things that do not. But first let's establish some truths about how shotguns are really used in gunfights (which is what our focus is here).

Shotguns are not sustained firepower weapons. They are used in quick fast engagements, three or four rounds are fired, and that is usually that. If you hit, the devastation of the 12ga round tends to conclude things even if the wound does not result in death. To be used well, a shotgun must be light, sleek, and fast into action. It is as much pointed as it is aimed with sighting systems. Anything that decreases the utility of the weapon in the realm it is intended for, without providing tangible value in return, is to be shunned as an undesirable addition.

First, resist the temptation to add as much ammo as possible to the weapon. When I see a side saddle like this I know it was designed by someone that has no clue about how shotguns are used in fights and what the desirable attributes of one are. Yes, I know it is cool. Yes, I know they likely paid some high-speed-low-drag killer to endorse that, but it is still a poor accessory because it makes an otherwise light and fast handling weapon overweight and unbalanced.

The best ammo carry units on the market today in my opinion, based on a lifelong study of fighting with firearms are the Mesa Tactical and the GG&G units. For best utility and without sacrificing the nature and deployment of the shotgun (specially the Non-Shotgun type weapons) I suggest getting one with the lowest capacity, such as 4 or 5 rounds. Both of these attach the same way, via the trigger guard retention pins. Tap the existing ones out, replace them with the provided pins and attach the unit.

The Mesa Tactical unit is very nice. It is light and holds four rounds which is plenty. Resist the temptation to get one that holds more. If you have to go through all the ammo in your shotgun and then all four rounds in your side saddle, you have chosen the wrong weapon for that fight. It is a good basic unit and my preference over the GG&G because it is lighter and does not get in the way. But I like the angle of the shells is better on the GG&G unit. What I don't like on the GG&G unit is that the front shell can get in the way of a rear hold on the pump. If GG&G made one that had one less round it would be better.