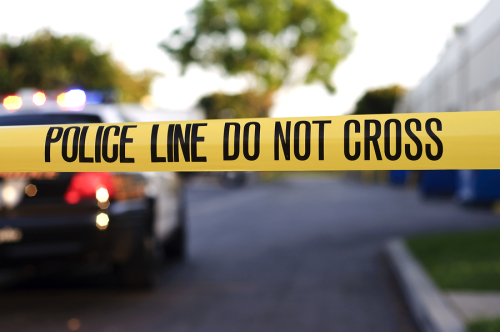 This one is a little unusual, and has some points we should discuss. The nutshell is that a crazy guy, who happened to buy a second hand rifle, went bananas and shot almost 30 people, while driving nearly ten miles on a public highway in Texas. I want to discuss the tactical issues and then the social/political issues.

1). Sitting in your ride and getting shot through the windshield or window unexpectedly. I have no real tactic for that one. I doubt any here will be investing the price of a modest home to equip their daily commuter with ballistic glass, nor can you have 360 attention out to 100 meters in an urban world. So...I got nothing here.

2). I read reports of car to car engagements and I am sure the Youtube heroes will use this to promote Vehicular Tactics For Bearded Operators very soon. But the reality is that if you are driving, you won't be driving, suddenly reacting to getting shot at, and drawing your pistol (or AR rifle kept under the seat) and engaging. At least not successfully. The only way this will work is if you have a passenger that is armed and can shoot while you drive.

3). Continuing with #2. The real solution is the skills of ramming, pitting, and tactical driving. Usually this will result in damage to your vehicle and I expect the majority of Americans are so averse to violating traffic laws and causing any vehicle damage that they will not think of this. And those who want a class on this sort of thing, in their back yard, be prepared to pay because this training destroys cars.

4). The Drive By shooting aspect is interesting because by the time you realize a passing car is shooting at you, you have either been hit, or realizing the impending event, you move off the target spot and to cover. In reality, having been on the spot twice when this happened in the old days, you will get your blaster out, but the opposing vehicle will likely be out of reach by then.

5). Only countermeasures are to know how to drive tactically and aggressively and how to ram or push the opposing vehicle into an obstacle...hopefully killing its driver. Or, if you are on foot, be able to move quickly off the target spot and line of muzzle...hopefully shooting back but see my points in that respect. If anyone has other ideas, please share them.

1). Crazy guy buys a second hand gun after being denied purchase at gun shop for failing the background check. The timing could not be better. This being a hot item and now...well, I look at reality and I expect the background check movement becoming successful here. Trump will likely go along with it like any other in his spot would as well. If this causes those ever-fickle gun people to abstain from voting next year and end up giving us Elizabeth Warren to show their disdain for gun laws we will see much worse than a background check bill.

2). This is the second shooting event in Texas in the last few weeks where no victims were armed, fought back in any way, or had any role in the event other than being a target. When we see this it is difficult to refute the other side's position that "regular people" being armed is not any guarantee of safety against such events. Why do these "regular people" not carry weapons and shoot back...not to mention smash opposing vehicles off the road? I don't know.

3). This is now - what - four major shooting events in the nation in one month? Hard to imagine the timing is coincidental, but the truth is way above my pay-grade. What I do know is that the nation is at a crossroads of communism and capitalism and what happens in 2020 is far more important than the NRA, background checks, or polymer 80 receivers.