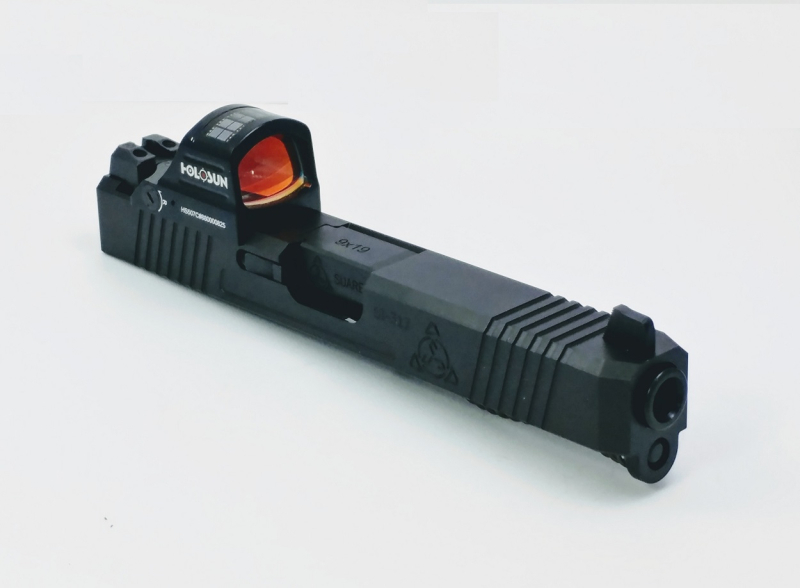 Not Everyone Can Afford a Trijicon RMR

I was discussing the red dot pistol with a media personality today. He had fired a Glock 19 with a Trijicon RMR, and shot the best group of his life. Very enthusiastic at first, he was crestfallen to learn the $600 price tag. It is true, not everyone can afford a Trijicon RMR. But like it or not, the RMR is the standard for quality, ruggedness, and accuracy for pistol-mounted sights. There have been contenders to take the Trijicon crown but as of yet, none have succeeded. It seems most want to compete on price and fail in the ruggedness and quality areas instantly.

Guys will bring out Burris Fastfires and tell me that they are just as good as the RMR because it always works for them on the range. Well sorry kids...the Fastfire is not the same. It may be totally reliable as a range toy, but it would be a foolish first line combat sight. Same can be said of the Sig Romeo, the various Vortex units, and any of the myriad of up-and-coming low cost mini red dots. That they work in the occasional range trip or match is interesting, but we have seen them fail in class. We have been doing the red dot pistol thing for ten years. We were running red dots on CCW pistols when everyone was saying what a stupid idea it was. We have seen all manner of dots through the decade and have seen them all fail. We have yet to see any SIG Romeo last a training session. One student dropped his SIG P226 Romeo RX from a height of two feet and destroyed the optic. Another one killed it when shooting in the rain. And the Romeo is far tougher than a Fastfire or a Vortex. And lifetime warranties are totally irrelevant when you are shooting for your life in a gunfight.

At this point someone will raise a hand as if they just discovered gravity before anyone else in the room and scream out "Deltapoint!" The Leupold Deltapoint is not bad, but it is not without issues. Its large foot print all but requires the use of the Leupold rear sight, and is far taller than most other red dots, requiring a ridiculously tall front sight. And if that weren't all, my spies at Leupold report the short battery life. So, not for me.

Now that I have trashed all the economy optics on the market, I will admit that not everyone can drop the $500 - $600 on a Trijicon and accompanying slide.

But now there is an alternative that does not require some work around egalitarian mount. It is not an RMR, but it is better than the alternatives. It has a great battery life and is tougher than any polymer housing red dot. It showcases an interesting technology that incorporates a standard battery powered red dot with a solar powered dot as well. I suspect this will become an industry standard soon.

It has an IPX8 certification with regards to being protected against water submersion - The equipment is suitable for continual submersion in water. I haven't tested the Holosun like we have the RMR (which for all intents is fully waterproof). Don't think this only applies to SEALs and guys like them. The certification is important because it sets a standard. I have personally seen Shield RMS and SIG Romeos fail when shooting in a light rain.

And the best aspect of this red dot is that it has the same foot print as the Trijicon RMR. So if you cannot afford an RMR, there is no reason to forever limit your choice to second and third rate optics. Either get that RMR-Ready slide, or have your slide milled for an RMR and opt for the lower cost Holosun until you can afford upgrading to the Trijicon. Who knows...you might opt to just stay with the Holosun.

Get your slide cut for the RMR

Get a Holosun Red Dot