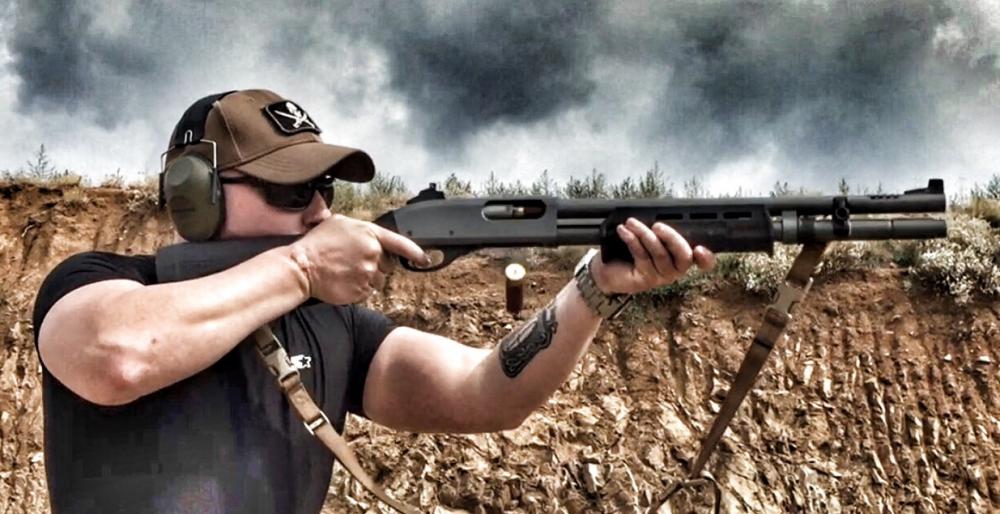 Tactical Role of the Shotgun

In 1990 (more or less) Jeff Cooper began teaching shotgun at his place in AZ. To his credit, he researched the available material quite thoroughly to arrive at his conclusions, but I suspect he had an idea of where he wanted to take it before starting. Jeff was a rifleman and saw all small arms from that perspective.

In a VHS tape of the era he explains why the shotgun needs a tight pattern and sights and the issue of slugs. While his class discussed the use of the buckshot pattern, it made most guys think of keeping the pattern "as tight as a fist" out as far as possible and then shooting slugs out as far as possible. In fact, many of the shotgun cadre encouraged all slug all the time.

To that end a cottage industry grew around meeting Jeff's ideal of the fighting shotgun. Ghost ring sights were added, barrels were choked, shooting slings made up, and you name it.

I would ask the reader, why they would choose a shotgun to take to a fight?

Under what circumstances would that be chosen?

The rifle is more precise, can reach farther, penetrate deeper, and can carry more ammo.

But the rifle cannot be point-shot at CQB ranges as well as the shotgun, due to its single projectile as opposed to the multi-projectile buckshot.

The shotgun is not as precise, but will allow you hit under situations where with a rifle you would miss. A shotgun allows for easier hits in low light, and in circumstances where you don't have the time to use traditional marksmanship principles.

Regardless of the ammunition chosen, the shotgun will never beat the rifle at rifle problems. But the rifle will not do as well at shotgun problems.

Perspective: Identify mission then seek a tool to accomplish the mission.

Mission - Proactive; Hit someone from 5 yards to 350 yards