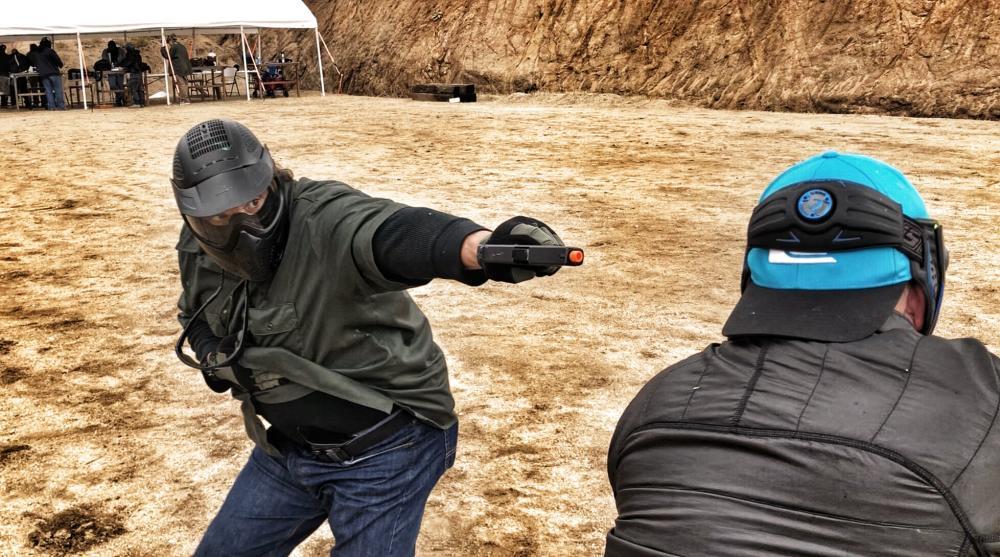 Tactics is defined as the art of maneuvering against an opponent and toward a specific objective. Tactics is a mental exercise expressed physically. And shooting is the culmination of that expression. The under achiever gun person might question the need for tactics, but tactics are what will prevent them from being shot without warning, or from placing themselves in a poor position at the start of the fight...or during.

Tactics has three phases - like the gunfight itself...and in many ways is like an additional veneer that is added on top. The "before" tactics can encompass positioning, 360 degree awareness, movement through an area or toward an objective. The "during" tactics involve timing, relative positioning, and use of obstacles to aid in moving and or holding in place. Both of these are largely active things where the body and mind are connected and the body is expressing physically what the mind is reading and analyzing.

Tactics after the fight involves much of the KWTL material and again positioning and expressing the message you wish to deliver. So while the first two are largely physical in nature, the last one is largely communicative in nature.

Don't mistake tactics and strategy. Strategy is an overall plan of action with a stated objective. Tactics are he ways and means of physically carrying out that strategy. This is an area that the vast majority of the gun world either ignores or likes to ridicule because they simply have never been in a position to use it, and have no idea of how tactics are applied.

Tactics is an art and not a science. Tactics are formed from a sound strategy applied to a given environment. There are salient conceptual points in tactics that apply universally. Things like watching the doors and the corners for example. But there are no formulas for tactics like there are for the sniper world. There is no way to score tactics like a sporting event.

A man with great tactics can get away with not being a great shot...but a great shot will still die at the hands of a neophyte if his tactics put him in a poor position. Where do you learn tactics?

Certainly not on the timed runs of a sporting field. That crowd is so concerned with speed and scores, that their tactics are suitable only for that artificial world.

Tactics are learned in a classroom from someone that has lived what they are now teaching, and secondarily on a dry (no gunfire) venue with facsimilies of doors, corners, and hallways. As well in a parking lot with parked vehicles, or a large warehouse, or anything that safely and realistically replicates the real world.

If you are interested in learning the most important stuff you will ever learn in terms of your safety and success in a confrontation large or small...you will find that in the study of tactics.