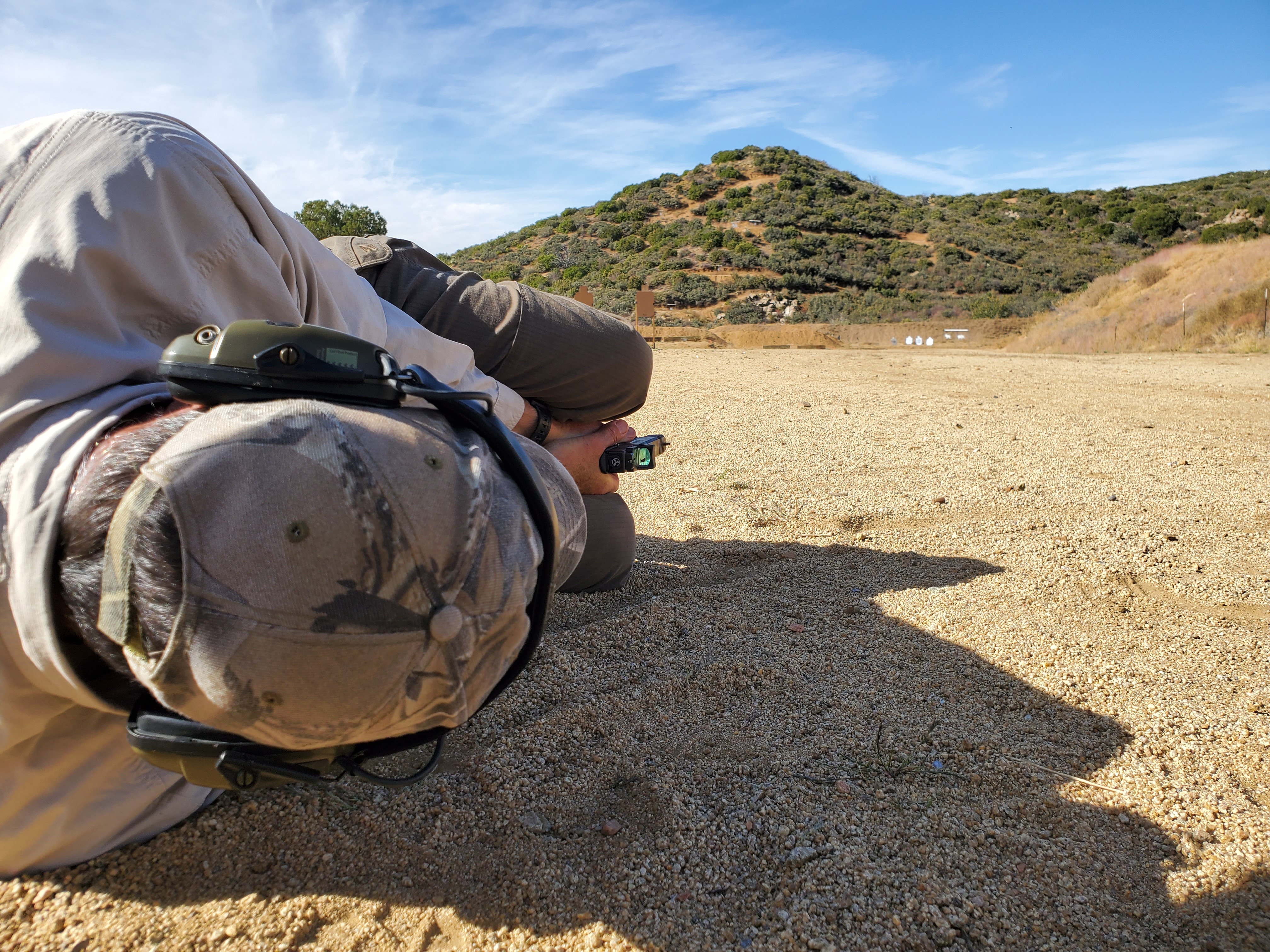 One of the things we do in our Red Dot Pistol Course (and have been doing so for nearly ten years) is the use of long range pistol shooting to establish the capabilities of shooter and red dot sighting system. Many of our students and staff dislike the traditional roll over prone because of difficulty in some urban and rural terrain, lack of ease in assuming and quitting, and most important, difficult for many of our students to use pain-free (many of whom are injured veterans). So we studied alternatives from the old gunfighters such as the Modified Creedmore and Askins positions among others.

The introduction of the Fetal Prone to the curriculum was by staffer Greg Nichols, who suggested a great but NSFW name for it. We all elected to leave it a "fetal prone". It is by far the most accurate shooting position used by our students in class and they have taken shots in excess of 100 and 150 yards with it and their red dot equipped pistols. And in 2019, in our age of terror, the long pistol shot is not simply an academic range exercise. There have been many terrorist events that could have been stopped immediately with a long range shot. Perhaps not at 100 or 150 yards, but certainly at 50 or 60 yards. And the old concept of "if you can hit at 100, 50 is easy" is a very valid one.

To assume it Fetal Prone, and it can be done on right or left, you lay on your side and trap the pistol between the knees. That is all there is to it and there is rarely a need to tweak it for a given student.

There is only one consideration and that is the different offset and holdover. When a pistol is held vertically, the dot is held at the thoracic notch for all shots outside of 50 yards. This yields a hit somewhere on the torso out to 100 yards with a ten yard zero. With the fetal prone, that offset is canted to the side. The offset and holdover must be done differently. Assuming a shooter on his right side, the dot is held at the target's right side (shooter's perspective). Then the hold over is calculated from the target's center line. See the images below. Once the shooter does this a few times, it is a very easy concept to adopt.