THE LONG PISTOL SHOT IN A TIME OF WAR 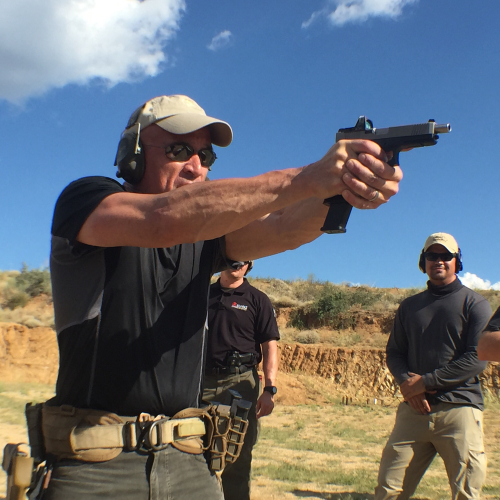 It has been some ten years now since I conducted the first Active Shooter Interdiction Course. Ten years! I taught this course in Los Angeles at the Burro Canyon Shooting Facility. The purveyors of the status quo in the industry ridiculed the class, vilified me, and suggested that this was a silly thing to spend time on. Well, ten years later all I can say is, "How 'bout now bitches?"

In the last ten years one would have to spend some serious time researching how many active shooter/terrorist events there have been. I certainly can't tell you from memory, but suffice to say that theme is a recurring pattern. And since I have written extensively on that pattern, for both US and OCONUS events, I will leave it for you to research. But one aspect of that theme is something I want to discuss today. And that is the long pistol shot in this application. Something we included in every single Terrorist/Active Shooter Interdiction course since the beginning, and something we include in every single intermediate level or above pistol course we teach.

As early as 2008, in Mumbai, we read about a witness that had a view of the terrorists from a distance. In Mumbai a writer was able to follow them at a distance and later relayed his frustration in not having a gun to kill the two terrorists. Later at the IHOP Active Shooter we hear of a witness who did not engage, but who had a perfect shot at the killer as he moved toward the restaurant with his rifle. And of course we have the infamous images from the Charly Ebdo terrorists killing the policeman in the street. 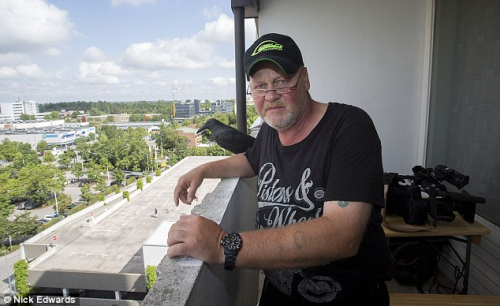 And now, we hear from Munich resident, Thomas Salbey. Salbey was the 'balcony man' after his profanity-laced exchange with terrorist Ali Sonboly. Salbey related, "All I had was a beer bottle to throw at him. If I had a gun I would have shot him I'd have shot him in the head". Sadly, the Germans have been de-Nazified right off the edge of the cliff and even the mere thought of shooting another person is seen as cause for psychiatric evaluation. Germany has laws that make New York seem like Arizona. Nobody carries weapons except the police and even then, most do not.

But here in the USA, anybody can have a weapon, and once they accept that the rules will never protect them, they can in reality carry that handgun anywhere they please. So it stands to reason, that if we accept that the new decade has brought a new paradigm of combat. And if we accept that the reality of the Terrorist/Active Shooter is a fact of life in America, and likely to in crease in frequency. Then the only logical thing for learned men and women to do is change their tactics to adapt to the new threat. I have posted this many times as has my good friend Michael Bane.

Yet the purveyors of the status quo whose claim to fame is developing average training for low dedication people, have taken him and I to task on this. So fixated are they on defending against the Beatnik Thugs in the dark parking lot that they do not realize the greater threat that has become the new normal. Just because one does not think they will be at the next San Bernardino, or Paris, or Orlando event, will not excuse them if fate has made different plans. I wonder if one could go back and sit those people down the night before their murders, and brief them on what was to come...if they would have disagreed with the Adequacy trainer's view on the odds. In truth, if these trainers were really looking at the odds, they would get themselves to the gym as most of them are in far more danger from metabolic disease than even a teenager with a switchblade comb. We must never allow the low standards of others, nor their incessant quest for mediocrity and marginal adequacy to limit our climb toward excellence. I suggest a new term to describe such people - "Paradigm Malfunction".

So along with the carry of a full sized fighting pistol...ideally with a red dot optic and several high capacity magazines, the concept of proactive/aggressive shooting, the concept of shooting the terrorist in the face or back of the head, the carry of tourniquets (or the knowledge of improvising them), we will add the ability to make the long shot.

In training we get non-combatant profession students out to 100 yards (for torso shots) with relative ease. It is not at all difficult once you are shown how to do it. And with some effort, head/neck shots are easy as well inside of 50 yards.

Start with a 3x5 card at 5 yards and move it out to ten or 15. Past 15 use a sheet of paper folded in half, and take that out to 25 yards. Once you keep most of your shots inside the paper at that distance, take an image of a terrorist and increase the size so it fills an 8.5" x 11" sheet of paper...in other words...Actual Size, and don't forget to include the neck. Take it out to 50 yards. You will surprise yourself how easy it is with a degree of dedicated practice. Then understand the dynamics.

If Salbey saw the terrorist, but the terrorist had not seen him, Slabey could have killed him without so much as a "Deus Vult"*

We live in a time of war...the events of the past few months should illustrate that for anyone who is paying attention.

KEEP CALM AND SHOOT THEM IN THE FACE

*Deus Vult was the war cry of the Crusaders.

The Domestic Isis Threat: What You Can Do

The FBI, Not "ISIS," Radicalized the Orlando Shooter

Isis Dry Run and the Militarization of Andy Griffith

Counter Fractricide: How NOT To Shoot Good Guys