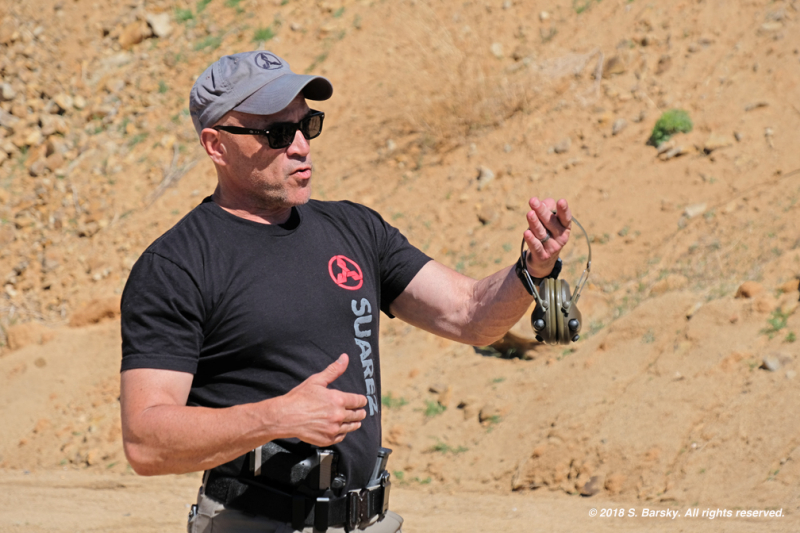 The Role of the Rifle in Active Shooter Events

So reality discussion then - The role of the rifle

It is a given that a fight is either reactive or proactive. In reactive, you find yourself there and must fight to win...and live. You have no time to evade, escape, or anything else, move. draw, shoot, etc. It is happening right now! I doubt that you will have anything to fight with other than your pistols...hopefully you have one. In proactive, you aren't in the fight but you choose to go and get into that fight for tactical, moral, or familial reasons.

We discuss this in the Interview classes extensively. (Incidentally - Any man that allows a thug to go into a school or public place and kill children when he has the present ability to stop him is repugnant to me).

In a proactive event there is a time factor. The bad guy is killing now. While running in with a hearty "Banzai" is not the answer, you really do not have time to "go get" something bigger to fight with. Again, time is of the essence.

Moreover, you can assume that Law Enforcement is coming. While we like to think their response on the active shooter will be swift, Orlando, and Parkland, and others show us that is not always the case. The concern is to not be mistaken for the shooter. A properly trained man can obfuscate the presence of a handgun easily. Not as easy to do with a rifle in your hands.

Across the board LE we have trained with, the predisposition is to assign the role of shooter to an unknown, non-uniformed man with a rifle. Again the role falls to handguns and their surgical, swift and low profile usage. (meaning no pointing-and-calling, and no ostentatious ready positions).

So where does the rifle fall in its deployment...shotguns as well?

Tags:[Active Shooter]
Next Newest
Next Oldest