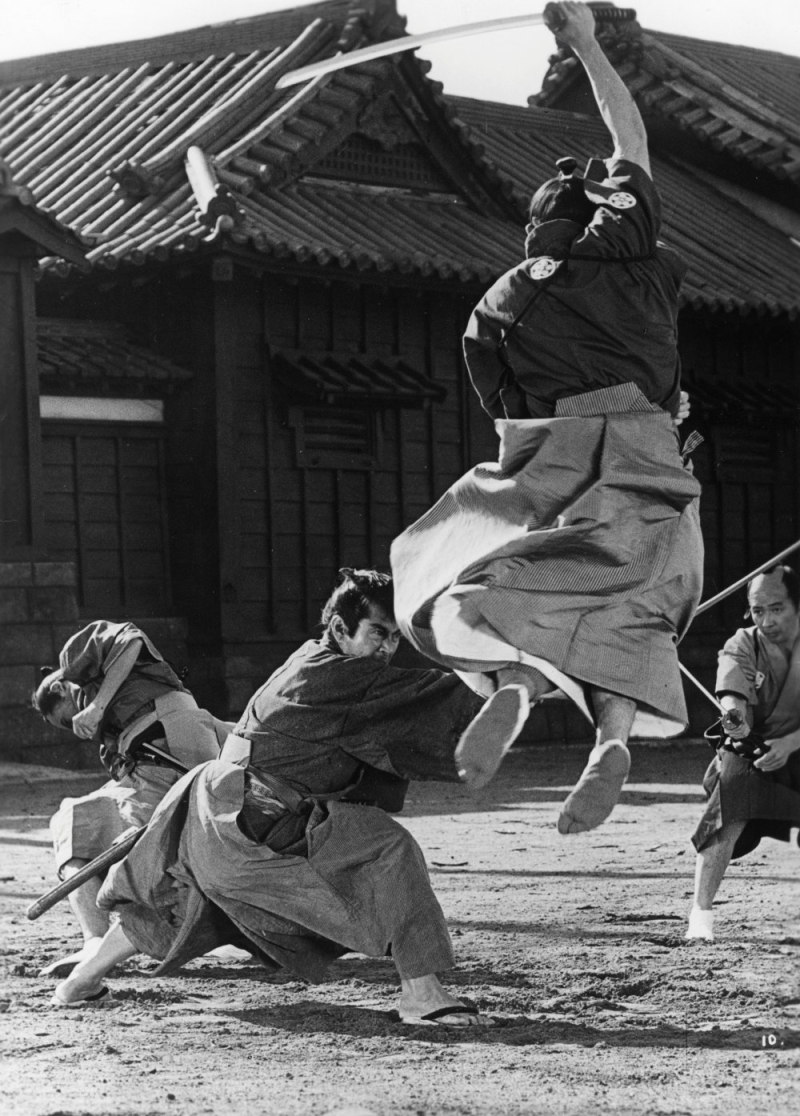 The Sword That Kills

In the last few years I have been revisiting my origins, but from a perspective of experience. So much of what I do...and did, is based on those early brutal lessons a lifetime ago, I remember the heady days of my first black belt. Not the strip mall after school stuff most people think of today. Shodan, or level one test took two days and even at 16 years old my legs were bruised so bad I couldn't walk without a limp for a week, and the following day my arms were so beaten I could not hold a cup of coffee.

But when my name was called followed by Shodan - black belt - the blood on my uniform and knuckles bore testament that this was earned, not bestowed. The tradition was that afterwards, the Sensei and Sempai (Instructor and seniors in the dojo) would take the new black belts to Little Tokyo in LA and we would watch a Toshiro Mifune film, or two, then retire to a fine meal in typical Samurai style to include Sake. No questions were ever made of our age nor ID asked for. It was a different age and the proprietors of the place knew what we were when we walked in and sat.

As I took my first sip of Sake in what was a new world, Sensei asked us if we picked up on the theme of one of the movie we saw. Katsujin-ken / Satsujin-ken (The sword that kills...the sword that spares life).

"You are killers", he said as he raised a cup of hot sake..

"Your kick could easily rupture a man's spleen or stop his heart. Your punch or strike could break a neck...and you have the speed to make such attacks indefensible. This is good because Karate is not for hippy tree hugging bullshit - karate...real karate is for killing bad people that want to hurt innocents"

"There is evil in the world. I have seen it firsthand. I won't tell you that I hope you never have to use your skills, because then those skills would be worthless. Life will bring you plenty of opportunities to use them. With us, the hand and the sword are in essence the same. So the hand that kills and the hand that saves life are the same. God has given you the ability to reach the level you have this weekend. Whether you like it or not, you have a calling now to resist evil when it is presented to you, because by doing so lives of the innocents will be saved. The hand that kills is also the hand that saves".