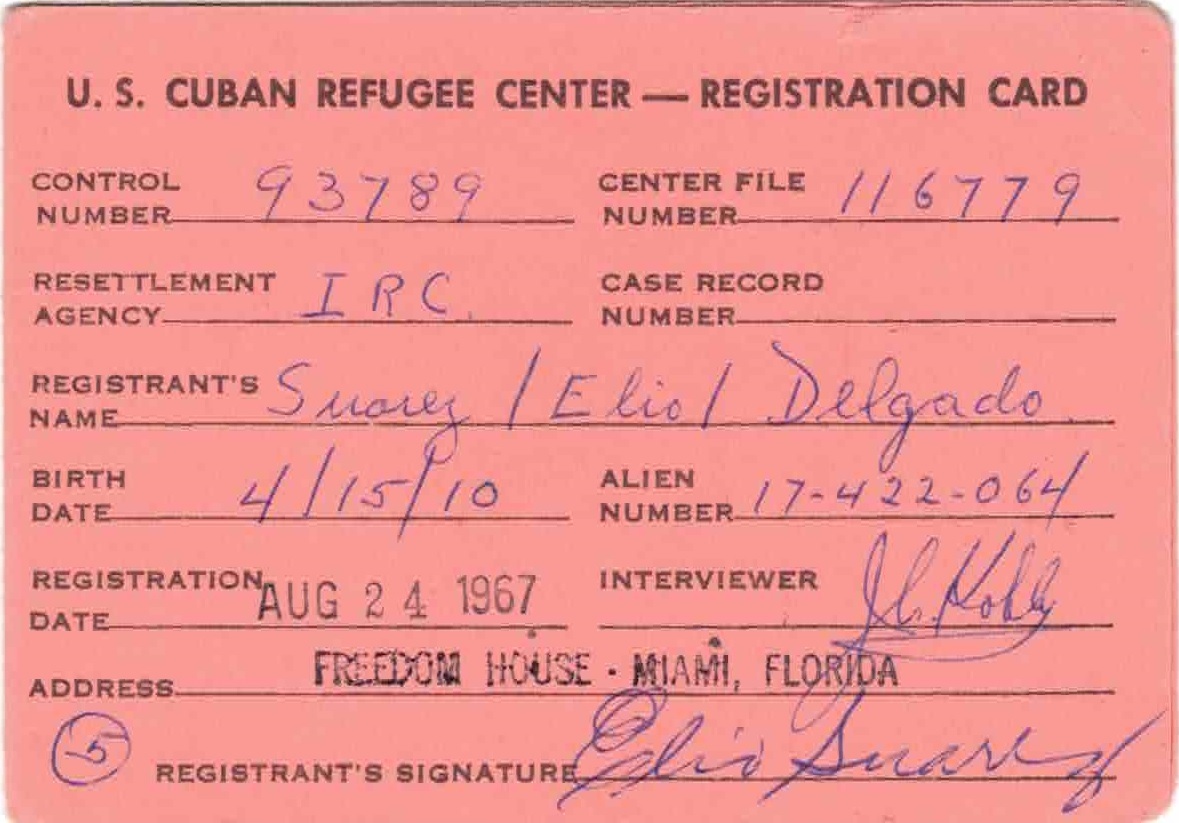 THOSE WHO FORGET HISTORY...

I remember it clearly and the anger and emotions still have to be fought and suppressed so that I can even write this...even some 53 years later.

We'd just taken off in the airplane from Havana airport. My dad believed then, and for many years afterwards, that we would be back in short order since the USA would never allow a communist dictatorship 90 miles south of Florida. He sat facing forward with a fierce determination some of us know personally.

My mother on the other hand was always the realist. She told me to look out the window as that would be the last time we saw home. In a little while we would land in Miami airport. We didn't need to go to baggage claim since everything my family owned was left behind to be divided up among the communists who would claim our house for themselves.

We stood at the boarding gate with no plan, waiting for our sponsors to collect us and take us to Liberty House, a processing point for Cuban Refugees. At some point an American serviceman walked past and stopped, knowing where we had come from. He looked at us...then reached in his pocket and took out all his cash. He grabbed my dad's wrist and placed the cash in his hand, "Welcome to the land of the free".

My dad first refused it, but my mom...again the realist, thanked the soldier in heavily accented english. That was our first day - August 24, 1967.

Communism, even in its lightest form, is the greatest evil the world has ever faced. Worse than the Nazis, worse than terrorism. Yet - even though it is a tired phrase...specially to history averse Americans - those who fail to learn from history will be doomed to repeat its mistakes.

Today, even in members of my own extended family (of whom I am disgusted and ashamed), I see a growing affinity and desire to move toward socialism and communism. The sheer idiocy of this has no words.

Have you not learned anything Americans? Have you not been paying attention to the world around you? To the USSR and its promises to destroy you...to the ravages and excesses of the communist-inspired tyrannies in Cuba and Central America, and Southeast Asia and Eastern Europe? Do you want to personally experience what my family experienced?

This is the most important year in American history since 1776 or 1861. If you choose communism, you will lose everything you have and your family has. Not right away but you will eventually. Dissenters will be arrested, charged, and destroyed. Your wealth will be gone. Your freedom will be gone and you will have no choice but to do as you are told...to submit. It will be patriotic thing to do...since "we will all be in this together", etc. And the most vociferous among you will disappear never to be heard from again. You will lose your country to the undeserving mob who will benefit from what you have built, or would have built. Don't arrogantly tell me that I am wrong unless you have lived what I have lived and seen what I have seen. Communism wins either by revolution and violence, or by attrition. These are tactics right out of their book. Read it God Damn it! What you are seeing now is a combination of both tactics being used in the USA.

Open your eyes, set aside your religious devotion to a political party and ask yourself who will leave you alone, leave your money and your business alone, tax you the least, regulate you the least, tell China to go fuck themselves, and put America and Americans first. Then vote for that person...in person so the opposition doesn't get the chance to suppress your opinion. I don't think you want a Communist America, so read up on communism and ask yourself if that is what you want. I will be voting for Donald Trump in November because the alternative is a communist America and that is unthinkable.

And if that is where America wants to go, as a good friend said to me just yesterday over breakfast, "This will not end well". For anyone.